After a successful launch with two cohorts last year in Sydney, one of Australia’s only accelerators for energy startups has revealed plans to expand into Melbourne, Brisbane, and Canberra.

EnergyLab popped up in February last year, securing $120,000 in funding from the New South Wales government, alongside $27 million in backing from Artesian Ventures clean energy fund.

Since then, the accelerator has seen two cohorts (a total of nine startups) through its doors, with co-founder Piers Grove telling StartupSmart he’s thrilled with the “hugely diverse” set of founders the accelerator has been supporting, but notes many of the startups are battling similar issues.

“They all deal with generally the same issues like the regulatory environment or problems with offshore manufacturing, and they’re also nearly all dealing with hardware,” Grove says.

As a result of this, the accelerator period is anywhere between six and 24 months, says Grove, who set up EnergyLab after seeing the difficulties for energy startups going through traditional style accelerators.

“We’re the only show in town specifically accelerating clean energy tech and energy companies. I’ve seen other companies in this space go through traditional accelerators and run out of runway before taking off,” he says.

“After a startup relocated from Perth to participate, I realised it was time to expand, as the clean energy market for startups really wasn’t being serviced by accelerators.”

EnergyLab is currently recruiting for its third cohort, with applications closing in two weeks. This cohort will be a significant jump in number for EnergyLab, with the accelerator seeking 16 startups to work with across Sydney, Melbourne, Brisbane, and Canberra.

While Grove says locations like Melbourne and Brisbane are “obvious ones” for expansion, Canberra is more experimental for EnergyLab. Yet, he believes the city’s high wealth population and 100% renewable energy target are strong reasons to start an energy company in the nation’s capital.

The accelerator will partner with the Queensland government for its Brisbane cohort, and with the University of Melbourne for its Victoria cohort, with Grove saying the accelerator is wary not to stretch itself too thin. 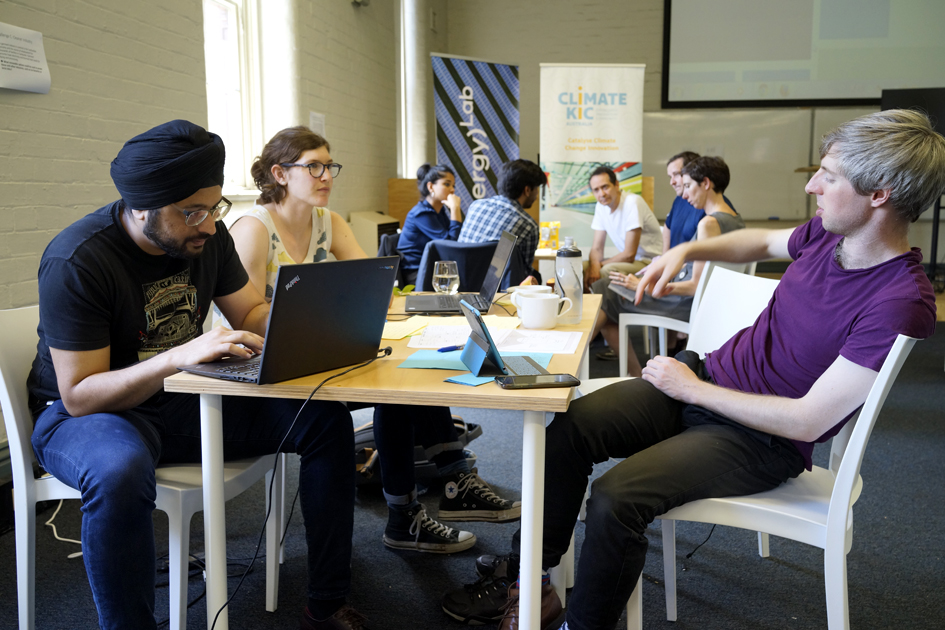 Members of EnergyLab’s previous cohorts at the accelerator. Source: Supplied

Startups that undertake the EnergyLab accelerator have access to the $27 million Artesian fund, from which previous startups received $50,000 in return for 5% equity, and a 12-week long intensive onboarding process of numerous workshops and pitch sessions.

However, EnergyLab also offers a different “track” of its accelerator, which doesn’t involve an offer of capital. Instead, the accelerator will take 1.25% equity in a startup in exchange for co-working space and mentoring.

“We’ve also got a network of 127 industry-specific mentors to advise and help founders shave as much time off their startup as possible,” Grove says.

Members of the cohort will also be matched by the $27 million fund in future rounds, which Grove says makes it “half as hard” to raise amounts between $1-2 million.

Understandably, Grove is bullish on the future of energy startups in Australia, but says it’s time for the government to stop viewing the space as ideological and intrinsically linked to climate change.

“The opportunity we’re going to see as the energy market transforms is going to give birth to a a lot of new startups. In light of this opportunity, Australia needs to be doing more work to foster entrepreneurs to create these companies, as our market is perfectly set up to accommodate them,” he says.

“One of the most important things is decoupling energy policy and climate change policy. Focusing on renewable and clean energy is not exclusively a response to climate change.

“It’ a technological revolution — an industrial opportunity for Australia, not an ideological one.”