First Nations-owned alcohol-free beer company Sobah has secured $1 million through a Birchal campaign, as equity crowdfunding grows in popularity and opens the door to marginalised investors.

Last week, its equity crowdfunding campaign hit its $1 million maximum target, securing backing from 569 investors with 10 days of the raise to spare.

Launched in 2017, Sobah was born partly out of the frustration of co-founder Clinton Shultz, who himself stopped drinking seven years ago.

“I very quickly got frustrated with not being able to get a decent-tasting, non-alcoholic, adult beverage”, he tells SmartCompany.

He started to “muck around” brewing some non-alcoholic beers himself, and the business grew from there.

Shultz is also a former chef, and has a passion for, and familiarity with, native foods and flavours. He’s also a psychologist who has worked extensively in the drugs and alcohol space.

Some of the standard theories and practices taught in universities don’t necessarily apply to everyone in society, he explains.

Sobah represents a coming together of his passions, but he also sees it as a vehicle for social good.

“We wanted to develop something that had a greater purpose than just the product,” he says.

“For us, that was having a vehicle to raise awareness and to raise support and independent funds to really support those healing initiatives that work differently.” 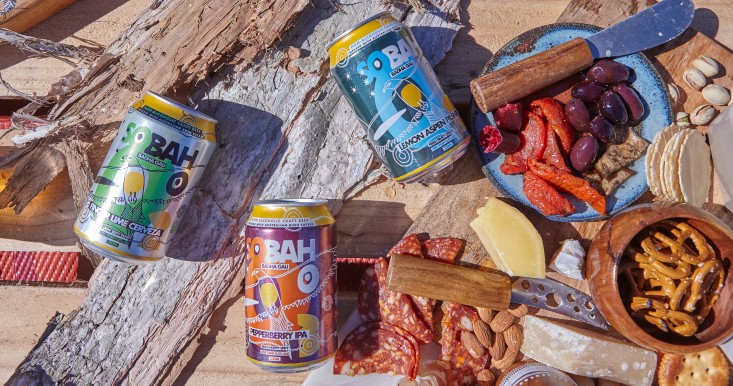 In the last financial year, the business grew revenues by 300%, and Schultz expects to see similar numbers for this financial year.

This funding will allow the founders to meet that increase in demand, and fit out a new brew house, bringing its operations all under one roof.

“That’s my next goal — whatever expansion I need to do to get to that next level, while at the same time not shifting in any shape or form from the values that make us who we are.”

A new frontier for funding

The raise was completed just ahead of the inaugural Equity Crowdfunding Week, an initiative from US business education group StartupStarter.

The online event offers advice and best practices for those looking to raise money or invest via equity crowdfunding, acknowledging this as something that is starting to change the investment landscape.

And in Australia, things are no different.

According to data from Birchal, the September 2022 quarter was the biggest the Aussie industry has seen yet, with a total of $19.5 million raised across 24 successful deals.

That’s up 110% compared to the same period last year. It’s also almost two thirds of the $30 million raised via equity crowdfunding in the whole of 2020.

“The next quarter is looking bigger again, with several campaigns already funded, and several more achieving stunning results at expression of interest stage, scheduled to complete before the end of the year,” Birchal co-founder Matt Vitale said in a statement.

For Schultz, the decision to go down the equity crowdfunding route was about offering an opportunity to people who have previously been excluded from investment.

“I come from very humble beginnings, and even the thought of having the opportunity to invest is not something that ever would have been on the radar for myself and my family.”

For many people in his community, the expenses involved in investment prevents them from backing projects they truly care about, he adds.

He sees equity crowdfunding as an opportunity to allow people who believe in what the business is doing to be part of the journey, at an affordable price.

Of his 569 new investors, Schultz can’t be sure exactly how many are Aboriginal or Torres Strait Islander people. However, he has been in contact personally with “a decent amount” who have come on board.

“Even if it allowed one, two or three First Nations people to get in, that would be an achievement.”

Aboriginal-owned business Jarin Street is more than just a store. It’s about connection