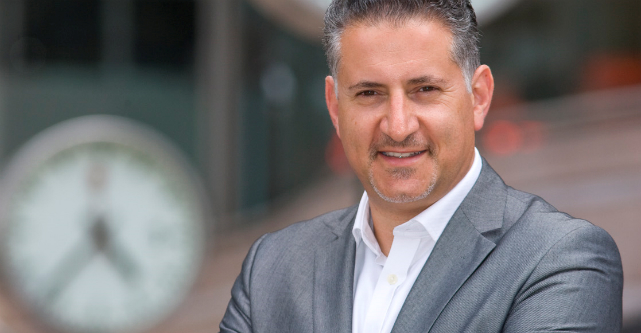 Leading British entrepreneur Eric van der Kleij says he is impressed with the “serious solutions” being built by founders in the local fintech sector, which he believes is on par with the rest of the world.

“The quality of companies that we’ve met here are world-class,” he tells StartupSmart.

A huge thank you to our two keynote speakers from yesterday’s #StartupGames2017 – @NaomiSimson and Alan Jones @bigyahu – fantastic insights pic.twitter.com/jfm5DhAjHU

Van der Kleij is a special adviser in fintech and blockchain for UK’s Department for International Trade, and is on a mission to help promising Australian startups with a “soft and accelerated landing into the UK market”.

“Having met quite literally thousands of startups across Europe and the US in the last five-six years, I would say [Australia’s startup scene] is vibrant,” van der Kleij tells StartupSmart.

“It’s looking for a couple of additional things to help it really unlock its true potential … such as sufficient risk capital and I think the other thing we’ve heard [is] the appetite and the attitude towards risk from the corporates is something that people would like to see improved here.

“But I’ve been very impressed by the calibre of the solutions and they’re not fluff, they’re serious solutions.”

A notable differentiator in Australia’s fintech sector for van der Kleij is the volume of superannuation funds.

“You’ve got these amazing superannuation funds,” he says.

“Those are very interesting and potentially high value opportunities to help those sectors transform.

“The natural environment is bringing innovation that dovetails with the cultural environment here and that of course creates unique opportunities when you think about how to take these companies international.”

In UK’s fintech sector, van der Kleij says the startups that are thriving are those that are working on compliance and regulation, improving data accessibility and transparency, robo advice, lending platforms and savings solutions.

He says Level39 saw 50,000 people from around the world walk through its doors over a three-year period. But it all began as a result of a grim crisis.

“If you start at the point [of the Global Financial Crisis] that was a very key moment in the UK’s fintech scene because what happened was, which was sad … you had literally thousands of highly qualified people [being] made redundant from their big companies,” he says.

“That unleashed a whole volume of talent into the market.”

At the same time, this gave rise to new issues of adequate levels of capital, transparency and compliance, he says, which the financial sector could only address with technology.

“It created this burgeoning of literally hundreds of startups,” van der Kleij says.

Operating in the era of Brexit

With British policymakers focused on how the UK will separate from the European Union, van der Kleij says it’s understandable that there’s some concern about how startups wanting to break into Europe will be affected.

“Just the UK itself is a huge addressable market, it wouldn’t affect that part of it,” he says.

“Within the UK it’s also interesting because we’ve started to see some interesting messages come from Europe because we think our European cousins will be our best advocates for retaining [access to] the European market.”

“The sensible voice of trade and access to markets will win,” he says.