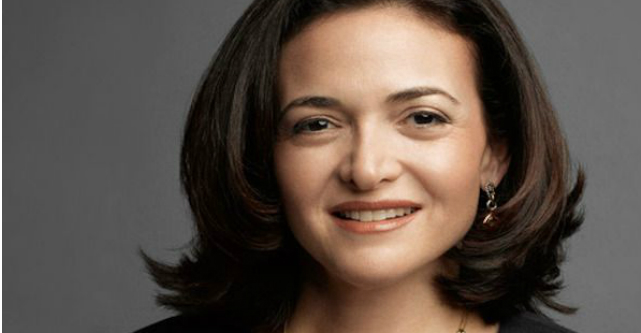 She’s one of the most powerful and visible women in Silicon Valley, so will Sheryl Sandberg use that voice to have a say on the Trump administration?

The Lean In author and Facebook COO was interviewed live on stage at the Watermark Conference for women in California this week, where she said that we’re in “very challenging times” but that “I have to be optimistic.”

“Hope is the fuel for social change. When we don’t have hope, we give up on ourselves,” she said.

“No matter how challenging it looks, history is on our side.”

When asked by Recode’s Kara Swisher why she attended a meeting with Trump and a number of other tech leaders in December, she said opening a dialogue with him is important, given the administration can make broad changes affecting “things we care about”.

According to The Verge, Sandberg stopped short of openly criticising the Trump administration during the conference, while a number of publications have noted her silence regarding last week’s Women’s March.

Asked why she didn’t participate, Sandberg said she had a personal obligation that day and that she “felt bad she just couldn’t be there.”

A woman in the audience reportedly called out, “it’s not too late!” at this response.

Sandberg, however, appears to be making her thoughts known on the Trump administration in other ways.

She has donated $1 million to Planned Parenthood, and last November sold off millions of dollars worth of Facebook stocks to help support women’s empowerment organisations.

This week she wrote about her great-great-grandmother on Facebook, and how she fleed religious persecution to arrive in the United States.

She said Trump’s immigration ban, “defies the hearts and values that define the best of our nation“.

“This harsher immigration climate is particularly unforgiving for women,” she wrote.

Last week she used her Facebook page to hit back at Trump’s anti-abortion executive order.

“The last time the global gag rule was in effect, research showed more women who lost access to contraception had unwanted pregnancies and abortion rates doubled,” she wrote.

“The best way to prevent abortion is through more family planning services, not fewer.”

Asked by Swisher if she’ll ever run for public office, Sandberg said: “I’m going to continue to say no.”

Swisher, one of America’s most influential tech journalists, replied: “I’m going to continue not to believe you.”