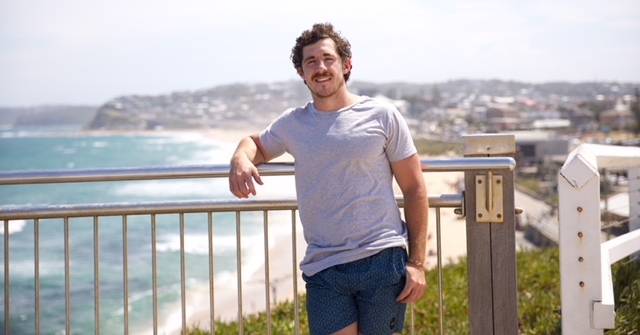 A finance and investment startup based out of Newcastle has managed to secure the support of famous Australian cricketers David Warner and Mitchell Starc prior to even launching.

Called Bamboo, the startup is a millennial-focused investment and wealth creation platform, which will allow young people to place superannuation and savings into their own separately managed account (SMA) portfolios allocated by asset management company Blackrock.

Founded by former financial planner Zac Atallah, Bamboo is set to launch at the end of February. But the idea has been brewing since the founder was 16, when he dreamt up the idea of a hedge fund for young people.

“The idea was wealth creation for young people, to look after the sort of ‘forgotten about’ demographic,” Atallah told StartupSmart.

However, at the ripe age of 16, Atallah quickly discovered that a hedge fund for that age group was unfeasible, and went on to land a job as a para-planner at an Australian financial services firm. But the idea at the root of Bamboo never went away.

“About a month-and-a-half into working at my old job, I went to my bosses with my idea for a platform to help young people with wealth creation to incorporate into the business. They said it was a good idea, but they didn’t pay much attention to it,” the now 24-year-old says.

“As I worked there longer it was basically all I talked about, and eight months later I’d asked all the questions I wanted to ask, so I decided to give it a crack on my own.”

Atallah says a lot of his friends and other young people he knows are keen to grow their wealth outside of traditional methods like savings accounts and superannuation but are unsure how. The idea behind Bamboo is to present these people with an array of options, while not dedicating their life to learning about stock, says Atallah.

The startup has a small group of beta testers ready to go, with the founder hoping they’ll start “raving” about it once the launch is underway. However, he says the startup isn’t burning through a load of cash, and that investors are set for sustainable, long-term growth.

Warner and Starc on board

The story of how Atallah got the two on board is one of boldness; he told StartupSmart that after pitching the idea for Bamboo to his boss at the financial firm, Bell Partners, he decided to go straight to the top and pitched the idea to the two’s financial adviser and managing director of the firm, Brett Taggart.

“I was 22 at the time, so I have no idea how I got the balls to do it, but he thought the idea was red hot. He was working on something similar at the time, a competitor to [digital financial advice business] StockSpot,” he says.

“He supported me, and as he’s the financial advisor to David [Warner] and Mitchell [Starc], he told them about it. They thought it was pretty cool, and David came from a pretty tough place when he was younger so he’s all about helping out the smaller bloke. So they said let’s go.”

“I’m really excited to be a part of the company and [I] really believe in the direction it’s headed,” Warner added in a statement.

While the value of the investments made by Warner and Starc can’t be disclosed, Atallah says it’s a lot higher than the amount most startups have to get off the ground. He’s got the cash to build the platform and then about a year’s worth of marketing and expenses.

However, he believes he’s a “bit of an anomaly” as he doesn’t have any immediate plans to seek further investor funding. He would be happy to bootstrap the startup himself if the need arose.

For other founders, Atallah says the best piece of advice he can give when it comes to landing high profile investors is just to go for it.

“What’s the worst someone could say? No? I’ve had the opportunity to talk to some pretty cool people just because I’m a goer,” he says.

“I saw a bloke driving a Lamborghini the other day and just went up and chatted with him. He wasn’t for us, but I gave it a shot.”

“If you believe in what you’re doing, there’s no reason not to go for it. People like Gary Vaynerchuk give out their email addresses, and you’ve always got things like LinkedIn. There are so many tools to get yourself in front of investors.”