Five ways the Coalition can get innovation back on track 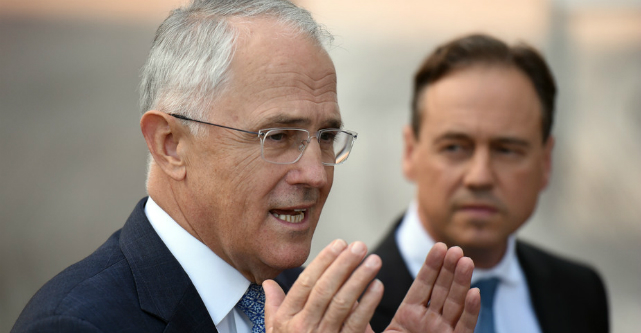 Malcolm Turnbull’s innovation agenda failed to resonate with the Australian electorate, but it is too important to be abandoned. The agenda can be recast in several ways.

Our quality of life and standard of living ultimately depends on how well we innovate, and this has to be the key message. Here are five changes that Turnbull needs to make.

Make innovation relevant to everyone

First, the over-arching narrative has to change.

The government’s focus on business and startups has to be relegated to what innovation means for every citizen in their daily lives. Despite its (poorly explained) association with job creation, when put alongside corporate Australia’s appalling record on tax avoidance, and the proposed cuts in business tax rates, the case for supporting innovation in the commercial sector was never going to be well received by voters.

The argument for innovation has to focus instead on how it improves lives and increases opportunities for future generations.

Innovation clearly improves our physical well being, allowing us to live longer and healthier lives. We can contact family, friends and colleagues anywhere in the world at low cost or even for free. The range of available electronic entertainment, on television or games, is inexhaustible. Much of the world’s knowledge is freely available to sate our curiosity. We can travel extensively faster, cheaper and more safely.

Innovation in services, such as online insurance claims and tax returns, reduces hassles and paperwork. Online information about government services gets better and better, easing the way we interact with bureaucracy.

The frustrations we experience in our commutes to work can be removed by bringing more innovation into infrastructure planning and delivery. Innovation can liberate us from tedious, repetitive and dangerous work. The list of benefits of innovation to every Australian is endless.

We need to bring to mind how innovation has improved our lives in such a short period. Turnbull’s grandfather was born before there were cars and aeroplanes and even radios.

The case has to be made that just as our lives have improved since those times, innovation brings wonderful new opportunities for future generations. Instead of emphasising how innovation benefits business the focus should be on how it advantages everyone today and will make better lives for our children and grandchildren.

Second, communicating the benefits and excitement of innovation, and its significance beyond the business sphere, requires much better political leadership.

Back ministers with passion and clout

The previous minister responsible for innovation, Christopher Pyne, is a political opportunist, with little commitment to the agenda. His young assisting minister, Wyatt Roy, had little experience and got sidetracked by a focus on startups and a misplaced enthusiasm for replicating the Israeli experience.

The incoming ministers, Greg Hunt and Craig Laundy, need the political clout and nous of previous incumbent Ian Macfarlane (who laboured manfully in unhelpful and unreceptive political circumstances) and the considerable (but occasionally misplaced) enthusiasm of Kim Carr. The new ministers need continual reinforcement from the priorities Turnbull places on innovation, and his support over competing portfolios.

Third, Turnbull has to insist on much better innovation policy advice, and assistance with its development and implementation. Innovation remains an opaque and mysterious concept to those trained in the world of neo-classical economics (that is, most senior public servants). It is often the antithesis of their procedures and processes, metrics and measurements.

When the prime minister says innovation is important, bureaucrats commonly repeat the mantra without understanding what it means, and all too often do everything they can to prevent it.

Innovation is about experimenting, trying new things, taking some risks, and giving people permission to get excited about new ideas. There will be failure and decisions commonly need to be based on judgement rather than evidence. These are not common behaviours in government.

Turnbull should call in the head of the Public Services Commission and demand more innovation savvy public servants are appointed, trained and promoted.

Fourth, apart from learning from international experiences, our Federal system provides an opportunity for experimenting and testing new approaches to innovation. This is one of the strengths of the US system where a myriad of state-level initiatives are pursued and the successful ones replicated nationally.

The new but relatively underfunded policies in the Advance Queensland programs, for example, provide an opportunity to test and evaluate, with a mind to replicating federally. Innovation should be a key element of the reform agenda of the Council of Australian Governments.

Fifth, with the current trend for politicians to progress beyond hyperbole to downright lies in support of their positions, the prime minister needs a diverse range of sources backing his views on the importance of innovation.

There are some marvellously articulate and vocal supporters for innovation in Australia, including, for example, Catherine Livingstone at the Business Council of Australia, Brian Schmidt at Australian National University, and Roy Green at UTS, who speak convincingly of national rather than parochial interest.

Turnbull needs to elicit their help and invite other voices from outside of business and universities, in charities, non-government organisations and trade unions, in his support.

Innovation is as difficult to explain and put into practice as it is important, and concerted efforts are needed to ensure it becomes better understood and as much a national concern as education, health and defence.

Mark Dodgson is the director of the Technology and Innovation Management Centre at the University of Queensland.