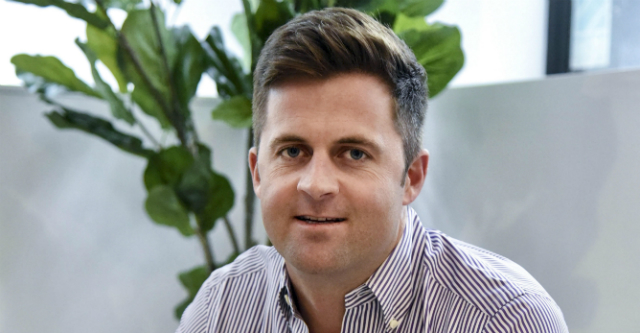 A Sydney startup that is aiming to connect sporting icons with fans and help athletes commercialise their followings has secured backing from the family behind plumbing and hardware giant Reece.

The Wilson family, which owns the $2 billion Reece business, is investing an undisclosed amount into 20Four as its chief executive Chris Haigh looks to raise around $2 million in funding, pre-revenue.

Haigh, a former head of strategy for Fox Sports Australia, says 20Four will be a digital “one stop shop” for sports groups, brands and events to leverage the influence of athletes.

“In 2017, they have real commercial value and in themselves are a media asset. To officially commercialise that asset you need scale.

“With some of the really big guys … you’ll see some big brand involvement, but the majority of athletes in the market can’t access that.”

The 20Four platform is expected to launch in late April with about 50 featured athletes, who will be able to share self-generated content or reel in 20Four’s in-house production team to share new stories with fans.

The combined reach of these 50 athletes is estimated to be between 9-10 million social media accounts and 3-4 million “unique Australians”, says Haigh.

20Four will feature athletes from a range of major Australian sports leagues, including the Australia Football League, and those in cricket, rugby, netball, surfing and motor sports.

“If you’re a brand or partner — you might be a sport franchise or big brand — [and] you want to create content around sport, there’s a number of different phone calls you’ve got to make,” says Haigh.

This can mean reaching out to separate media groups, production agencies and athlete representatives, says the founder.

“You’ve got to do a whole host of things to organise that content — we’ve got all of that,” he says.

While 20Four’s initial focus will be on the Australia market, Haigh says he will later look at expanding into New Zealand and the rest of Australasia.

“The growth will be in two directions: one in new geographies and the other new verticals,” he says.

Developing the idea for 20Four

20Four has been in incubation for around 18 months, says Haigh, and the concept for the startup has changed over that time.

“It’s been a long process of evolution, there’s been three or four people involved … What we were thinking about 18 months ago, 12 months ago, six months ago, is not what we’re doing today,” he says.

Having “stress-tested” 20Four’s current concept and gotten athletes and managers on board, Haigh says the startup’s main focus after launching will be capturing a share of the market for sports content.

“If an athlete makes money then a manager makes money, they see the potential in this business model to be successful,” he says.

“At the end of day, we’re competing for eye balls like any other media asset.

“The way that dollars are allocated in the media world is [about], ‘Can you get that eye ball? Can you hold on to it and keep it engaged?’

“We see the market opportunity as the total spend of our dollar.”

Haigh, who also studied engineering, says there a quite a few similarities between corporate world and the land of startups.

“I’ve come out of Fox Sports which is a News Corp business. My role [there] was around, ‘What’s the next thing? What’s the new thing?’ And to be honest startup [world] is not different,” he says.

“What we have that I think a lot of startups don’t have the luxury of having is we’ve invested in getting the right people from day one.”

Haigh describes 20Four’s founding team as being made up of “rising stars” from major corporations.

“We’re like-minded guys and girls who are really willing to give things a crack,” he says.