From rating plates to rating dates: Why the founders of Eatability are pouring $2 million into new dating app Pair

After selling their restaurant rating platform for $6 million in 2012, the founders of Eatability are back in the startup game, launching a brand new Aussie dating app called Pair this week.

Celeste and Hui Ong cashed out of their restaurant rating startup in 2012 after telecom giant Optus acquired the business, with the two continuing to head up the operation for the company for three years after the acquisition.

However, the founders tell StartupSmart not everything was peachy for Eatability under Optus’ gaze, with the two saying they tried to work with the telco to help it expand the Eatability platform into the APAC region but departed after the company decided to change direction. In 2015, Eatability shut down.

“It was never their main business, and they realised just how big of a task it was to expand into other markets,” Hui said.

After taking some time off with their feet up, the two began to ruminate on what their next venture could be, with Celeste saying the lightbulb moment came after she found herself speaking with a number of her single friends about the perils of online dating.

“A lot of them were turning off the existing online dating services because they were feeling very disrespected with problems such as harassment, catfishing, ghosting and outdated photos,” Celeste says.

For those not up to speed with online dating lingo, catfishing is where users are lured into meeting people through fake online personas, and ghosting is where individuals suddenly and aggressively cut off all contact after meeting up with or speaking to someone for a period of time.

Both of these problems are rampant in the world of online dating, with big-name services such as Tinder and Bumble unable to do much to combat these unique problems. Naturally, the founding duo saw the gap in the market and decided to use their smarts from running Eatability for 10 years to develop a solution.

The two have since launched Pair, which is a dating app currently only available in the Australian market. The app functions off a feedback and rating system, allowing members to give each other a thumbs up or down based on three areas: behaviour, safety and profile accuracy. 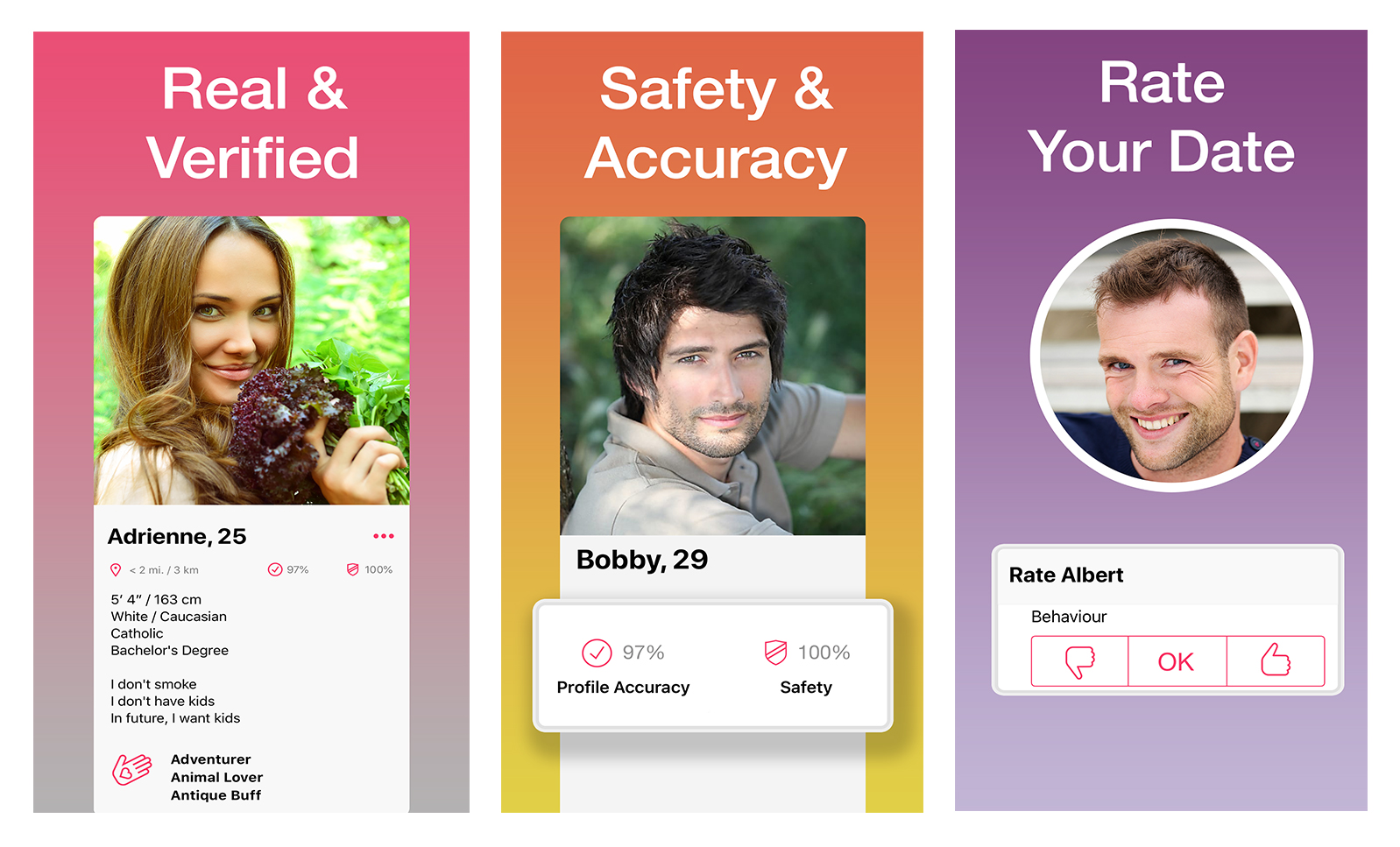 Users are given the opportunity to rate each other after a period of online chatting, and also after meeting up in real life. The app also promotes users who are responsive and well-behaved, preferencing their profiles before others with poorer ratings.

While it’s not quite akin to getting an Uber rating for dating, Hui says users will be aware of their own “standing” in the system, though he stresses the app won’t require “micromanagement” for users to maintain a good rating.

“We’re trying to reinforce positive behaviour, but we don’t want you to have to micromanage every piece of feedback that comes in,” he says.

“What we’re trying to do requires people who are honest and respectful.”

The Ongs are bankrolling Pair themselves with a planned $2 million worth of bootstrapped investment over the next few years as the app gets off its feet, starting off with an initial $100,000 investment.

The millions in funding aren’t the only thing the founders are bringing from their time running Eatability, even though Hui laughs that the two industries are vastly different. However, the concept of issuing things or people ratings has prevailed.

“A lot of services shy away from rating systems as they require a lot of administrative overhead, but we really wanted to enter this space and make a difference, and we knew we’d have to do it properly,” he says.

“So we took all our experience we’ve had with these systems and put it into practice.”

With the online dating scene comfortably dominated by platforms such as OkCupid, Tinder, and Bumble, Celeste says the goal of Pair is not to “knock Tinder off its perch” but provide an avenue for more considered, meaningful relationships.

“We operate in a bit of a different market, as Tinder is for much more casual dating. We want to help people meet each other in a meaningful environment,” she says.

Pair’s operations Down Under make it unique as online dating apps go, with the vast majority of services being based in the US. The founders are hopeful for Pair seeing success internationally with a US launch planned for next year, but acknowledge the dating app market in Australia has been historically weak.

“The biggest one was probably RSVP who exited a few years back, but I think a lot of other startups haven’t fared as well. There was one that tried to mix finding venues with dating, but I don’t think they ever got a lot of traction,” he says.

Pair will be monetised through a subscription model which will provide its users with access to its high-tech ‘Ava’ matchmaking service, along with deeper options to match with users based on personal interests.

Looking to the future, Pair is hoping to have 50,000 users by the end of next year, along with kicking off international expansion around the same time.

NOW READ: How a pre-Tinder dating app inspired this entrepreneur to get more women into tech

NOW READ: Love is in the app: Sydney startup Pozee brings reality back to dating

Ploughing $2mill into a red ocean market place ( Book Tip ” Blue Ocean Strategy ” ) seems bullish. With the plethora of dating apps & fickle nature of consumers switching across multiple apps it’s increasingly hard to maintain stickiness. The ratings offering of Pair is valuable & a neat addition to the process, however if that brings adoption into the app then tinder, bumble, POF etc etc need only turn that in for their far larger captive audience. Good luck though!