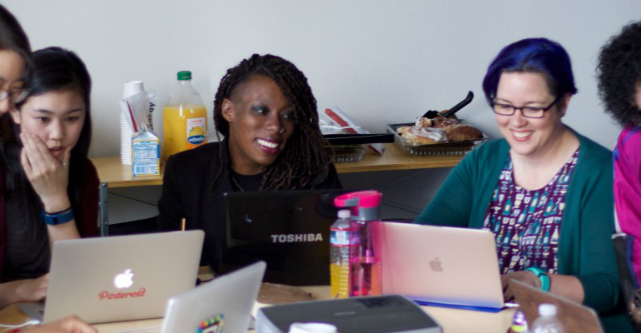 Four Australian venture capital firms have been selected as the first participants in a world-first global movement for diversity in the tech sector.

Project Include was launched in San Francisco recently by some of the biggest names in Silicon Valley, and is working to close the diversity gap through direct collaboration with startups and VCs around the world.

In just weeks, 100 startup CEOs and more than 1000 others have pledged to take part in the movement.

Project Include has now selected the first 11 startups and 15 VC firms that will be participating, including the likes of Airbnb and 500 Startups.

Out of the first 15 VC firms, four are based in Melbourne, with Blackbird Ventures, Trimantium Capital, Impact Investment Group and Scale Investors all selected to take part in Project Include.

The first cohort has been recognised for their commitment to diversity in all shapes and will be adopting a metrics-driven and research-based approach to achieving real diversity, Project Include co-founder and Victorian entrepreneur Susan Wu says.

“Over time we hope to scale these programs so that any startup can use the tools and processes we collaboratively develop to make compelling movements.”

Wu says these VC firms have been carefully selected for their already displayed commitment to boosting diversity in the sector.

“These VC firms have committed to working with their portfolios to provide diversity metrics and apply best practice to build a more inclusive tech industry,” she says.

“I don’t think the tech industry has seen a diversity initiative quite like this before. It’s research-based and metrics-driven, and as a team we’re ready to pivot our recommendations based on empirical evidence.”

“We’re interested in building meaningful inclusion in the tech industry and Project Include aims to do exactly that,” Kingston tells StartupSmart.

“We’re not interested in a tick-box exercise. We’re interested in contributing to a substantive response that will build diversity and inclusion.”

VC Include will run parallel to Startup Include and both will be focused on converting Project Include’s recommendations into measurable outcomes.

Project Include has also been backed by the Victorian government, with minister for innovation Philip Dalidakis saying he’s working to have the movement’s recommendations implemented in the state’s independent startup body LaunchVic.

“I’m working with my board at LaunchVic to look at the metrics by Project Include to honour the work that Susan has done,” Dalidakis tells StartupSmart.

“Victoria is very lucky to have someone like Susan Wu involved.

“The issue of diversity – both gender and ethnicity – is in my perspective not negotiable.”

He says he hopes the Australian startup community will act on Project Include’s findings and use them to drive real change.

“It’s an ongoing battle that we need to be very vigilant for, and one that I’ll continue to support at each and every step,” Dalidakis says.