Startup with $10 million in funding shuts down: “From first bite to the bittersweet finale” 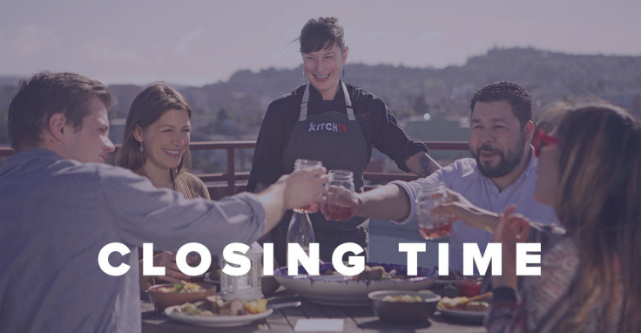 An on-demand private chef startup that had secured more than $10 million in funding has shut down and issued a dire warning for other tech companies operating in the food space.

Silicon Valley-based Kitchit offered a platform where chefs could visit users’ homes and cook for them, and has served 100,000 meals since its launch in 2011.

The startup raised over $US8 million in total, including a funding round it closed in December 2014.

But due to an increasingly cut-throat market and a lack of investor interest, Kitchit has shut down, another in a long line of similar startups calling it quits.

In a lengthy and insightful blog post, founders Brendan Marshall and Ian Ferguson detail the startup’s journey from “first bite” to the “bittersweet finale” and the reasons behind its demise.

It begins with the team’s plans to create “the world’s largest – and its first decentralised – restaurant” and their early success with these plans, with 30-40% gross profit margins.

“An accomplishment that was unrivalled by many food companies at scale, to say nothing of food-tech startups,” the founders say.

“We believed that these were the early indicators of the venture-scale business we’d been searching for.”

But it all started to come apart, with the founders saying the company’s funding runway ended just as the industry faced some troubling times.

“We’ve navigated five years and made the most of every dollar raised,” they say.

“Nevertheless, investment runways are finite, and unfortunately ours reached its end at a moment of substantial upheaval in the food-tech world.

“While Kitchit’s business fundamentals have always been strong, our scale has been too limited to outshine the tumult around us.”

It comes as several other startups playing in the food space have been forced to shutter operations, including SpoonRocket in March due to a lack of funds, Competitor Dinner Lab earlier this month and Kitchit rival KitchenSurfing.

The founders’ blog post concluded with an ominous warning for other startups operating in the space.

“So we close our doors with a mix of sadness for our customers, chefs and employees on one hand, and on the other a recognition that our market is simply not ready to sustain a venture-scale business,” the founders say.