How GetSwift got here: A timeline of the tech startup’s troubles 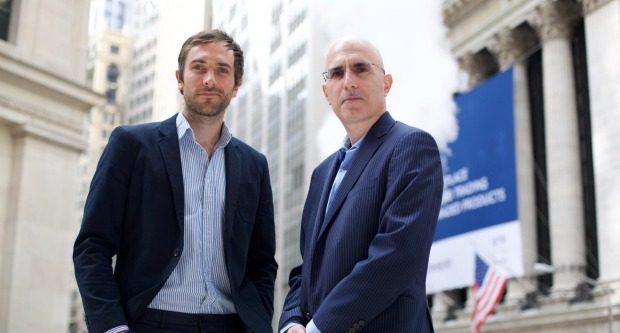 By Dominic Powell and Emma Koehn. Published at 9.45AM.

Tech startup GetSwift’s shares remain suspended by the Australian Securities Exchange (ASX) this week, pending further enquiries from the ASX about how the details of GetSwift’s partnerships were announced to investors.

The delivery ‘software as a service’ company was founded by former Australian football player Joel MacDonald in 2014, and while it has received notable amounts of investment and a positive reception during its formative years, in the time since the company listed on the ASX in 2016, a number of concerns have been raised.

A Fairfax investigation into the business last week alleged the company had failed to provide investors with market sensitive information about significant changes to its contracts with other businesses. That prompted the ASX to then request a response from GetSwift to a series of questions about these contracts.

To help you understand how GetSwift got to the position it’s in today, StartupSmart has compiled a timeline of events and dramas in the history of GetSwift.

GetSwift was born out of Joel MacDonald’s initial business venture in 2013, which was called Liquorun and founded alongside other Melbourne players James Strauss and Rohan Bail. The startup aimed to deliver Melbourne residents alcohol within two hours.

MacDonald told StartupSmart at the time the business was founded after a post-training brainstorming session between himself, Strauss and Bail, along with a late-night altercation at a taxi rank.

“A little while back, I was involved in an altercation in a taxi rank in Brisbane and ended up getting arrested. I had this vision that the hospitality and late night transport industry needed a bit of a shake-up,” he said at the time.

Later, MacDonald admitted he had been called to the Melbourne Magistrates court after the Victorian Police tried to shut the operation for a breach of the Liquor Act. It turned out he had filled out the liquor licence application form in incorrectly.

Liquorun’s website notifies users the business is currently closed, and the company has not posted on its social media platforms since 2015.

However, the delivery aspect of the business became more and more of a focus for MacDonald and his founders. The entrepreneur told Fairfax the focus on deliveries came about after the team continued to run into the same problems while tackling their deliveries: “Where is the driver; who to dispatch jobs to; and how to optimise the most efficient route”.

This lead to MacDonald spinning out his initial concept into a venture called ‘Swift’, telling StartupSmart the alcohol delivery startup was used to “give us an understanding of the niche” before launching the broader delivery solution.

The startup also received part of a $700,000 round of funding from Australian accelerator BlueChilli as part of its first venture capital fund of $10 million. It was also reportedly invited to the US by grocery giant WholeFoods.

In late 2015, GetSwift locked in a $675,000 angel investment round from BlackSheep Capital and BlueChilli Venture Fund to continue international expansion plans to Asia and the US.

“The thing I really like is that Joel has really kicked arse at pushing the boundaries of his business, having the courage to move to New York to chase (and close) a massive deal in the US and to identify emerging opportunities with his SaaS platform for deliveries,” BlueChilli chief executive Sebastian Eckersley-Maslin said at the time.

In a later interview with StartupSmart, McDonald spoke of the difficulties of hustling for investment in the US, but said the region presented a great opportunity if founders are willing to hustle.

“It’s a grind. It can take an emotional and psychological toll if you don’t have the right support network around you, the passion for what you are doing and reasonable coping mechanisms with stress,” he said.

The company had also signed a multimillion-dollar deal with US retailer Instacart.

However, one of the company’s earliest investors soon became a critic, after a number of public spats between MacDonald and Eckersley-Maslin lead to the BlueChilli founder leaving the company’s board.

He told Fairfax the notice given to him regarding an initial meeting about GetSwift’s initial public offering was “simply not enough time to consider a major change in direction for the company”, after rumours circulated that his departure was due to a missed board meeting.

This lead to BlueChilli selling its 11.5% stake in GetSwift prior to the company listing on the ASX in October 2016, netting the accelerator a $1.2 million return. Eckersley-Maslin told Fairfax he had departed over a “fundamental disagreement over the management strategy of the company”.

The listing also attracted criticism from unnamed investors as its prospectus revealed revenue for the 2015-16 financial year was $107,554, with a $462,536 net loss.

However, MacDonald defended the listing so early in the startup’s life.

“We’ve got large enterprise clients doing heavy due diligence on us. The ASX listing gives us the opportunity to cut that down, because there’s a level of governance and transparency that goes along with it,” he told Fairfax.

The initial public offer for GetSwift in 2016 saw shares offered at 20c each and by June 2017, the company’s share price had increased to 98c.

MacDonald told StartupSmart at the time of the $24 million raise that the startup was “almost forced to take money” thanks to demand outstripping supply, with the company reaching a milestone of having facilitated 1 million deliveries.

He told founders to “be conservative and over deliver” when speaking to investors, because “everything you say is going to be recorded and measured”.

On December 1 last year, the ASX suspended GetSwift’s quotation from the stock exchange after shares spiked 83% to $3.60 following an announcement by the company about a deal with retail giant Amazon.

In an announcement to shareholders, the company stated it was “pleased to announce it has signed a global agreement with Amazon”, and due to the sensitive nature of the deal, no further details could be revealed.

At the same time, the company also announced a deal with YUM! Foods, the operator of KFC and Pizza Hut in Australia, which also did not include any information on how the deal would affect the company’s bottom line.

The ASX indicated it wanted more detail about the nature of the Amazon deal and suspended the company from trading in accordance to rule 17.3.2, which allows it to do this to prevent a “disorderly or uninformed” market.

GetSwift then revealed that the partnership with Amazon would be a global master services agreement, leading to the company’s suspension being lifted.

Less than a week after having its shares suspended, the company announced a $75 million capital raise. GetSwift issued 18,750,000 shares at $4 each in a placement that was oversubscribed.

The company also announced that international investment platform Fidelity International was a “cornerstone” investor in the placement.

The money is earmarked for hiring staff for the company’s US-based operation, with funds to also go towards future acquisitions and developing new products and technologies. GetSwift also revealed it had declined a $40 million strategic investment.

At the time of the raise, an unnamed venture capitalist told Fairfax “fair play to them, but our confidence in this ending well is very limited”.

“No real revenue, no real IP, no real demonstration of traction or ability to execute. This is a good example of where the ASX rewards companies that VCs aren’t comfortable with,” they said.

However, MacDonald took the negative comments as a good sign for the company, saying: “If we hadn’t been making an impact in the market, then we wouldn’t get naysayers”.

However, a bombshell investigation by Fairfax released earlier this month raised further concerns about GetSwift’s reporting. One piece claimed the company had twice failed to update the market that it had lost significant contracts with Australian businesses.

“GetSwift approached us in August last year. They were referred by one of our suppliers, Queensland All Purpose Transport, which does warehousing for Fantastic. They came and presented their software and we did a 30-day trial. But at the end of the trial we said thanks, but no thanks,” a spokesman for Steinhoff Australia and New Zealand, owner of Fantastic Furniture, told Fairfax.

Commonwealth Bank said the update to the market issued by GetSwift regarding the progression of the companies’ partnership on December 18 was not approved by the bank. Speaking to Fairfax, MacDonald called the update a “shallow market update” and suggested there was a “miscommunication” with the bank.

Since listing, the company has made more than 18 announcements to the market about new partnerships.

On January 22, GetSwift requested the ASX grant it a trading halt until it was able to issue a statement in response to Fairfax articles about its operations.

The ASX then put 28 questions to GetSwift’s management about why the company announced a number of partnerships to the market in the way that it did, given some of these contained trial periods.

The company’s quotation was again suspended until a response was provided.

The questions included whether management considered deals with Fantastic Furniture, The Fruit Box, Betta Home Living and the Commonwealth as information that would have had a material impact on GetSwift’s share price.

In response, the company denied it had ever failed to adequately update the market.

“GetSwift refutes the negative claims made in the Australian Financial Review and categorically denies that it failed to report material information of any circumstances suggested therein,” the company said.

“The company believes it carried out its responsibilities with proper diligence regarding the matters raised and has not failed to disclose matters that required to be disclosed,” it said in a letter to the ASX.

However, on Thursday the ASX announced the company’s shares would continue to be suspended from the exchange.

“The company’s securities will continue to be suspended in accordance with listing rule 17.3, pending further enquiries by the ASX,” it said.

In a statement to StartupSmart, a company spokesman said “due to GetSwift’s continuous disclosure obligations, the company cannot comment on these matters at this time. Our response to the AFR is currently being reviewed by the ASX”.