GoCatch co-founder and CEO Ned Moorfield has left the company 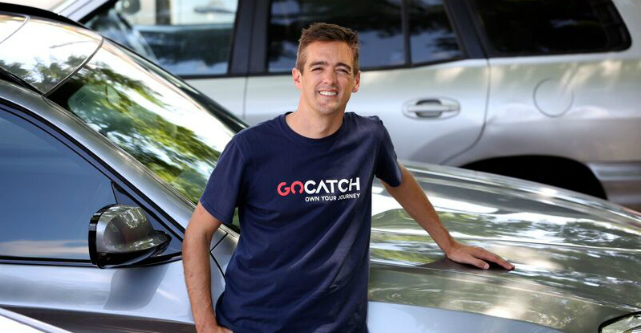 GoCatch co-founder Ned Moorfield has left his role as CEO of the taxi booking startup and will be replaced by former CarAdvice.com CEO David Holmes.

Moorfield founded GoCatch in 2011 with Andrew Campbell and has served as sole CEO of the company since 2014.

The entrepreneur has also resigned from the company’s board, and has already left Australia to “explore new opportunities” in the US.

Moorfield says his departure was a “collective decision” by the GoCatch board.

“Late last year it was raised with the board that the timing was right to bring in an experienced CEO,” Moorfield tells StartupSmart.

“I felt the time was right after five years to bring in someone new. Personally the timing is right for me.

“I’ll be exploring new opportunities and taking time to recharge my batteries.”

Moorfield says that although he has also resigned from the board, he will remain a “significant shareholder” in GoCatch.

Moorfield’s successor David Holmes has founded a series of digital marketing agencies including OneMedia, OneDigital and Isobar, and most recently served as CEO then Chairman of CarAdvice.com.au, an independent automotive content publisher.

Moorfield says the GoCatch board, which is made up of Bill Beerworth, Dean Price, Alex Turnbull, Tim Fung and Andrew Campbell, went through a “detailed recruitment process” over the last six months.

Holmes says that the founders have built a “fantastic app” but there is a lot of work to be done on the commercial side of the business.

“I sniff out which companies have a commercial model that isn’t performing as well as it could and help it perform better by a factor of x times.

“They’ve done a tremendous job here – it’s a fantastic app but there are improvements we can make and commercial aspects to the business that can make it extremely successful commercially and not just a great app.”

He says that while he admires the work founders do, startups reach a point where they need a different style of leadership.

“I have a huge amount of respect for people that are able to put their lives and bank accounts on hold for three or four years to get the business to this stage,” Holmes says.

“It’s a thankless task and I have a huge amount of respect for founders.

“It’s a phase that businesses go through when the entrepreneurial flavour you get from a pure founder needs someone else to come in and go, ‘how do we make money out of this?'”

According to the company, more than 350,000 people have downloaded the GoCatch app and more than 100,000 taxi bookings are made through the platform each month.

The startup closed a $3 million funding round in 2013 and secured a further $5 million in funding the next year.

The startup launched into the ridesharing market to take on Uber earlier this year with GoCar.

This launch was spearheaded by Moorfield, who says the company is currently in the midst of a funding round.

“I’m pretty happy with where the company is strategy-wise with the launch into ridesharing,” he says.

“We’ve had really good traction with that.”

Holmes says GoCar has enjoyed “phenomenal growth” over the last four months and will expand across the country as jurisdictions legalise ridesharing.

“Melbourne is a huge market but it’s still up in the air from a legislative perspective,” he says.

“We are an Australian corporate citizen and we want to work with government to try to solve the problem.

“It’s very much an ‘ask permission’ business rather than ‘ask for forgiveness’. That’s a different philosophy to Uber.”

While GoCatch is now directly taking on Uber, the new CEO says there’s still a lot of room in the market for other players.

“Unlike other areas where there’s a massive incumbent, there’s a lot of room for a fast-moving second player in this market,” Holmes says.

“It’s finally becoming an interesting space and the legislation is finally getting to where it should be.”

Moorfield is now on his way to San Francisco to pursue other ventures, and says it was important to not get in his successor’s way.

“It’s best to have a clean transition to a new CEO,” he says.

“These things don’t work well with too much overlap. I want to give David plenty of space to make the changes he wants to make.”

While he’s unsure exactly what his next venture will be, Moorfield says he’ll definitely be making use of the lessons he’s learnt across the last five years of GoCatch.

“I’ve learnt an incredible amount that I’ll put to use with other startups,” he says.

“I’ve already got a great network in the US, I’ve got family here and some really great opportunities.

“It was a pretty straightforward decision.”