GoPro chief Nick Woodman reveals where the company “failed”, as its share price drops to $US8.50 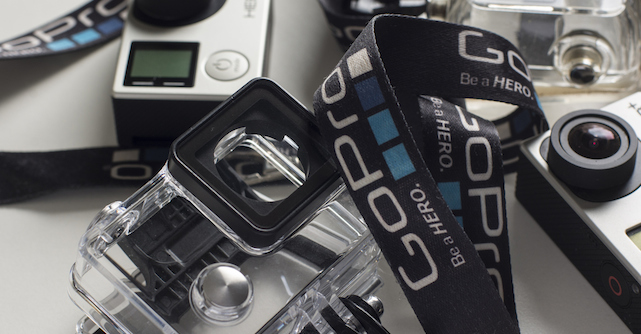 As shares in US tech company GoPro continue to fall in value, the company’s chief executive has shared insights into why the brand’s time on the stock market has not been smooth sailing.

In an interview with CNBC, GoPro chief executive Nick Woodman says the company failed to keep up with market trends.

“Where we fell out a little a bit in our post-IPO years was that we failed to make GoPro contemporary and failed to align GoPro with the smartphone movement,” he said.

GoPro established its Australia-New Zealand headquarters in Victoria in 2015, 12 months after the company went public with an initial public offering share price of $US24.

When it launched operations in Australia, shares in the company had dropped to $US21.16.

But Woodman says GoPro can turn a profit this year.

“We’ve targeted cost reductions that get our spending down $[US]200 million from below 2016 levels. Now forecasting spending of [less than] $[US]495 million and that’s going to make a significant impact on our ability to achieve profitability in 2017,” Woodman said.

In the year ahead, Woodman said GoPro’s focus will be on producing new software solutions to appeal to the “dramatically” increasing number of consumers “sharing themselves online”.

“The smartphone has set a new bar for convenience and a new bar for how much work a consumer’s willing to put into sharing themselves,” Woodman said.

“You’re going to see over the course of 2017, it become less of a question of, ‘Should I use a GoPro or my smartphone?’, and more about using a GoPro with a smartphone.”