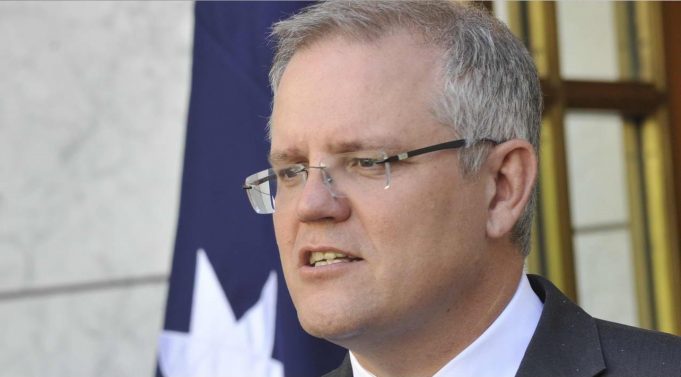 Treasurer Scott Morrison outlined a number of new fintech policies and directions to be taken by the government at Stone & Chalk in Sydney on Monday.

They include a regulatory sandbox for early-stage startups, changes to equity crowdfunding legislation, greater availability of data and more comprehensive credit reporting.

The announcement marks a “turning point” for the Australian fintech sector, Stollmann says.

“The Australian government’s package of measures will help unleash a new generation of entrepreneurs and investors who want to make everything we do quicker, easier and more productive,” Stollmann says.

“They will help create a new digital backbone to the economy that needs to diversify to counter the downturn in the resources sector.

“Australia needs to make itself fintech friendly if it wants to set itself up for the next generation of economic growth. If it does Australia could become the fintech hub of Asia, servicing a market of more than three billion people.”

Announcing the new measures, Morrison says the government wants to make a big statement on fintech.

“We’re saying loudly and clearly to the industry that we back you and we are going to back you in to this transition,” Morrison said on Monday.

“[Fintech] has the power to completely bring in a new environment of competition.

“The power of fintech is not just to ensure that the ideas that are being born here in Stone & Chalk can find their way as a vendor to a bigger purchaser which will be a good pay day for you, but what is more important is that innovation actually finds its way into the economy.

“We’re not going to die wondering about this as a government.”

As part of the fintech strategy, the federal government will commission the Productivity Commission to “outline options to increase data availability and access to facilitate new products and better consumer outcomes”.

“This will help facilitate the development of peer-to-peer lending products and marketplaces and help drive further innovation in financial services,” Morrison said.

The government has also pledged to take action to address the “double GST” treatment of bitcoin and other digital currencies and to “seek guidance” on making regulation surrounding digital and automated financial advice clearer.

Flagged by Morrison last week, a regulatory sandbox will be established, allowing early-stage fintechs to test their offerings with real customers without having to jump the usual regulatory hurdles.

The government’s announcement was in part a response to a new national fintech body’s policy priorities paper, and Fintech Australia president Simon Cant says he’s “thrilled” by it.

“There are some great quick wins and strong commitments to further action here,” Cant says.

“I think we are seeing the results of that collective action in the focus that the government is rightly bringing to this important sector.”

“It is encouraging to see the political resolve to ensure that a number of key levers are pulled and implemented in 2016,” Scandurra says.

“The world is not waiting for Australia and if we intend to catch the global wave of fintech disruption we need to move quickly.”

Morrison also revealed two new additions to the government’s fintech advisory council, helping to diversify the members after it was criticised for being too Sydney-centric.

The government’s fintech paper also signalled plans to amend its controversial equity crowdfunding bill that is currently before the Senate.

It says the government will “consider” increasing the assets and turnover test for eligible companies from $5 million to $25 million and reducing the “cooling off period” following a crowdfunding campaign to 48 hours.

Despite acknowledging the industry’s complaints about the bill requiring startups to become unlisted public companies in order to complete an equity crowdfunding campaign, the paper doesn’t flag any intentions to change this aspect of the legislation.

VentureCrowd CEO Rob Nankivell says while it’s “encouraging” that the government is open to altering the amendments, little is being done to reduce red tape for startups.

“We’re yet to see any positive movement from the government on whether it will reduce the regulations imposed on startups,” Nankivell says.

We’re ready to work with retail investors wanting to get a part of the innovation boom the government is spruiking but without the right regulatory framework equity crowdfunding could be defunct from the moment it is introduced.”