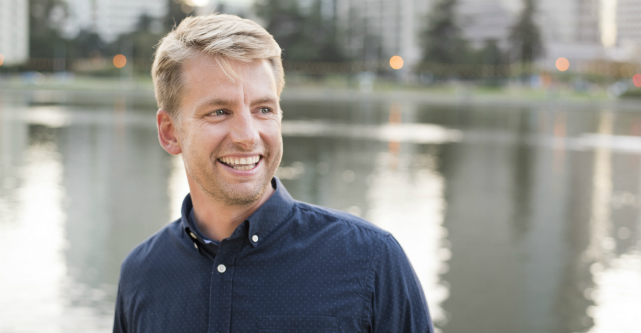 Australian startup heavyweight 99designs has announced the relocation of its global headquarters from Oakland, California to its hometown of Melbourne as the company prepares for a potential initial public offering on the Australian Securities Exchange (ASX).

The online graphic design marketplace was founded in Collingwood, Melbourne, in 2008, and after establishing its headquarters in the US in 2010, chief executive Patrick Llewellyn is ready to make the move back Down Under, relocating its global HQ to Melbourne’s emerging tech hub in Richmond.

“Richmond has always been a significant home [for 99designs], we’ve got a well established engineering and product team here,” he says.

Richmond, along with neighbouring suburb Cremorne, has become a startup hotspot in recent years, with the likes of CarSales.com, REA Group, MYOB and co-working spaces Inspire9 and CreativeCubes.Co calling the area home. Meanwhile, job-search giant SEEK plans to relocate to the hub in 2020-2021, according to reports.

For the last four years 99designs’ Australian operations have called Richmond home, and the office has now hired an extra seven staff to join its team of 50, as the startup looks to expand its presence in Australia.

These new hires join a global team of over 120 staff, with 50 in Oakland and 20 staff in Berlin.

Llewellyn now has his sights set on a future IPO, and says moving back home was part of 99designs’ larger plan to become a listed company in Australia.

“Now as we’ve matured as a business we think there’s a long-term opportunity for us to be a listed company on the ASX,” Llewellyn says.

“We can understand the local ecosystem and investment community easier if I’m here to facilitate that, so this [move] is part of the long term strategy to position us to tackle the ASX.”

Llewellyn says planning has begun for a future listing, which he envisions will happen in the “next couple of years” and could be used to fund acquisition prospects and expand the startup’s market share.

“99designs is well positioned — it has a global footprint and global infrastructure, and the opportunity to expand our offering through mergers and acquisitions is one we are looking to explore [through an IPO],” he says.

Llewellyn says 99designs is currently banking annual revenue of $US60 million ($76.8 million) and has banked $US200 million ($255.8 million) in payouts to its design community since the company started.

Llewellyn says the platform is now seeing a growth in its “one-to-one projects”, which allow a designer and customer to collaborate individually on the platform, and that offering now accounts for more than 20% of the company’s total annual revenue.

Looking back at the evolution of Australia’s startup scene in the last decade, Llewellyn says the comparison is “night and day” between when he left in 2010 and his recent return.

“I left in January 2010 and we were just starting to see things evolve; Swan Street [in Richmond] has really evolved over that period of time, and it’s now a really vibrant community,” he says.

“That seven years away has been critical in the fundamentals of the Australian ecosystem changing dramatically,” he says, adding that relocating 99designs’ global HQ to Richmond was “a no-brainer”.

Llewellyn says that the influx of incubators, accelerator programs and early angel investor support in the sector show the strides the Australian startup ecosystem has taken in recent years, and he points to the establishment of “high-quality local funds like Blackbird, Square Peg, and Airtree” as encouraging a new wave of startups to the space.

“The ecosystem is really starting to thrive: there’s been great success and it doesn’t hurt that people like [Atlassian co-founders] Mike [Cannon-Brookes] and Scott [Farquhar] have been so prominent in their support of the Australian startup ecosystem,” he says.

“It’s now on all of us to create the next wave of success for Australian startups.”