Victorian-based and founded materials science company Great Wrap has raised $24 million in capital to ‘completely knock petroleum plastic off the supermarket shelf’ with its biodegradable products.

The equity funding will be used primarily to grow the Great Wrap team and expand into new markets. The direct-to-consumer side of the business has sold products into 50,000 Australian homes, and will launch in the US in two weeks’ time. Later this year the business plans to launch in the business-to-business market.

Great Wrap’s stretch wrap is made from potato waste. It’s currently in the process of adding a biorefinery to its Tullamarine manufacturing site, which will process potato waste into polyhydroxyalkanoates, or PHA biodegradable plastic.

The company says it performs the same as conventional plastic wraps, but is 100% compostable, and breaks down in less than 180 days. Consumer advocate CHOICE says its cling wrap works in all of the ways you would expect it to.

That’s been a real focus for Great Wrap, and co-founder Julia Kay says it’s important for sustainable products to work just as well and cost a similar amount to the incumbents they are trying to disrupt.

“It is really important that you’re not sacrificing on functionality, quality, or price, whereas it has often been like that in the past,” she said.

“We learnt really quickly from consumers, that even though most people would love to good and make the best choice at the supermarket shelf or online, it really does come down to price.

“Our interest in price is so that we can completely knock petroleum plastic off the shelf.”

141 million tonnes of plastic packaging is produced every year and one third leaks from collection systems into the environment, United Kingdom charity Wrap says. Plastic production, use and disposal contributes 1.8 billion tonnes of carbon emissions annually.

“The compostable biodegradable space is new and emerging, there’s definitely a lot of scope to grow in that space and really disrupt the industry,” Julia said.

“If you look outside Australia to places like Europe, you see a lot of changes being made already. But you can see the industry shifting, even without enforcement, which is really good.”

Being at the cutting edge of a sector does comes with challenges. When the biorefinery is built, it will be one of about 10 in the world, Jordy estimates. 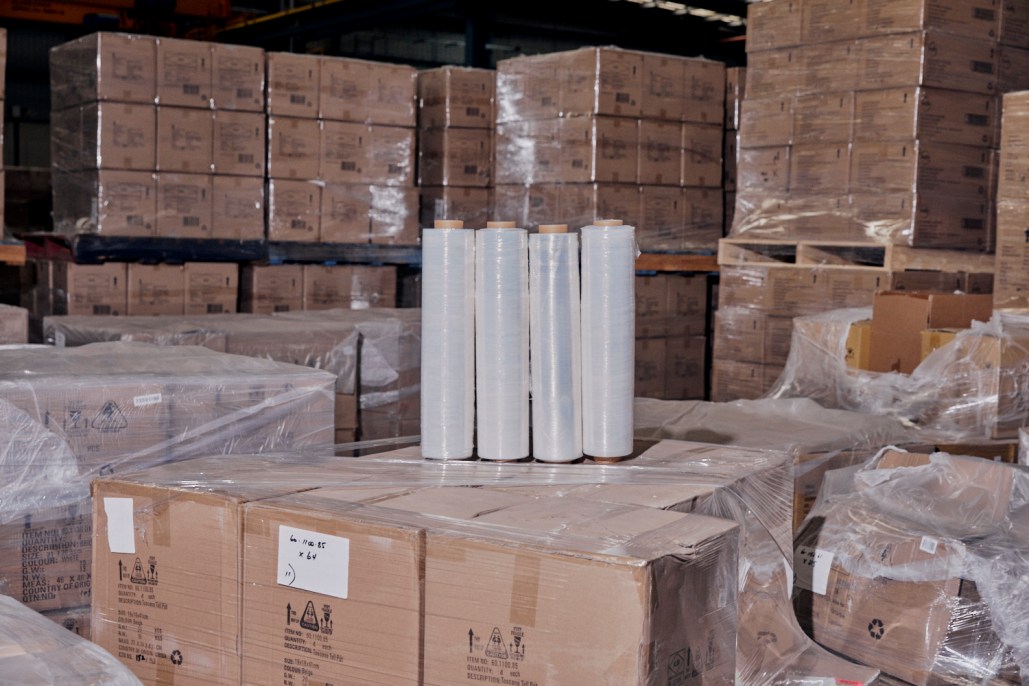 “There’s about 100 startups pitching for funding in the PHA realm at the moment, but we feel very fortunate to be capitalised and ready to build,” he said.

“We’re so insanely lucky to have crossed the valley of death from R&D pilot to commercialisation. There’s not a lot of businesses out there that get to do that.

“We’re creating something for the first time, and we’re using engineering technology that is world class, but having to make a lot of adjustments after we’ve installed it.

“We’ve definitely run into a lot of challenges, but that’s the cool think about being a venture capital backed company. It gives you the space to do those things. If you were running on private equity then that would be more challenging.”

The global stretch and shrink film market size is expected to grow by a compound annual growth rate of 5.5% to reach $25.51 billion by 2030. Jordy says capital won’t be an issue for Great Wrap, should demand for its products take off, however it will be limited by the two-year lead time it takes to set up manufacturing plants.

Julia and Jordy agree that these kinds of time frames proved to be a bit of a stumbling block for Australian VCs, when Great Wrap was looking to raise capital, but was less of an issue for American funds.

And that’s hard on a five-year life cycle, or for a 10-year fund, Julie adds.

“Sadly in Australia VCs struggled with that,” Jordy said.

“But we found that in American they get it a bit more and were willing to take a punt.”

His brother built Afterpay, and now Simon Molnar is on the scene with a tech startup bringing e-commerce data to brick-and-mortar retailers.

Gathering economic storm clouds have done little to deter investors in the equity crowdfunding space in recent months, according to a new Birchal report.