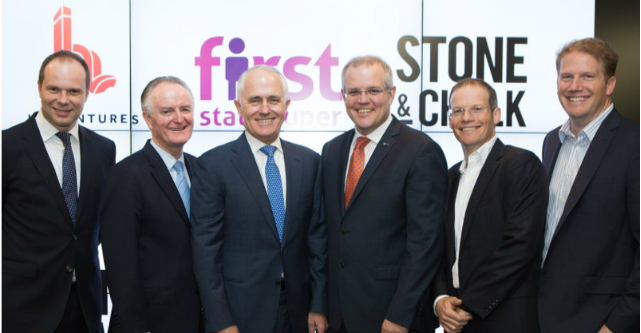 After a failed first attempt at setting up a publicly-listed venture capital fund for fintechs, H2 Ventures founders Ben and Toby Heap have gained new hope with a $4 million loan from Investec Australia for their accelerator to establish as many as 40 new startups in Sydney over the next 18 months.

In late 2016, the brothers tried setting up H2Ocean to complement their fintech accelerator. It would have been one of Australia’s first publicly-listed VC funds but they were unable to raise enough capital.

Now, their luck seems to be turning around.

Heap says the state government’s willingness to back “high risk” ventures through their accelerator will pave the way for more success stories like Atlassian, which employs thousands of people globally.

“This will allow us to attract more domestic and international entrepreneurial talent to NSW,” he says.

By backing H2 Ventures, NSW deputy premier John Barilaro says up to 400 new jobs could be created across the state.

Heap believes this is a realistic expectation despite the high failure rate of startups.

H2 Ventures, which operates out of Sydney’s Stone & Chalk, has a portfolio of 15 fintech ventures including HashChing and Spriggy, which were recently recognised as world leaders in fintech.

Heap says these startups have already created around 50 new jobs combined, and this number will grow as the startups do.

“The nature of portfolio investments like this is some of those companies will be unsuccessful but some of those will be very successful,” says Heap.

Keen to drive the growth of fintech startups Down Under, Heap says they won’t give up on their VC fund H2Ocean and are hoping to bring it to life later this year so they can provide long-term support to the early-stage startups coming out of their accelerator.

“That’s very much a part of our vision,” he says.

“Jobs for NSW’s support for H2 Ventures demonstrates our focus on supporting the NSW startup ecosystem to scale to global standards.”