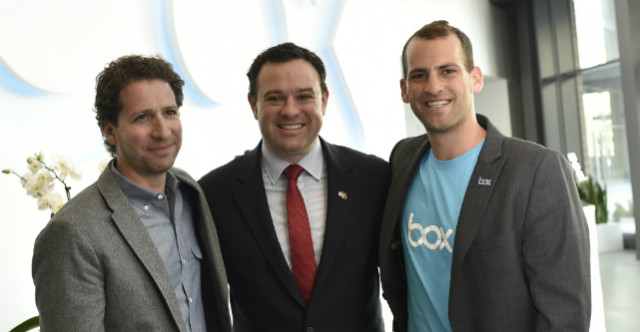 A delegation of heavyweight Silicon Valley investors and entrepreneurs has descended on Sydney as the New South Wales government ramps up efforts to establish itself as the Asia-Pacific startup capital.

The initiative is being led by NSW minister for trade Stuart Ayres, who says it will focus on the local fintech sector and facilitating investments and partnerships.

“The delegation will allow us to showcase to the delegation that Sydney is a leading Asia-Pacific fintech hub and that it is the ideal launching pad for their expansion into the region,” Ayres tells StartupSmart.

“It’ll allow them to see the local talent that Sydney has to offer and to build connections with our fintech players.”

He says he also hopes some of the delegate will be inspired to set up a local base in Sydney.

“There is no doubt that this mission will expedite the business decision for some of them to set up shop in Sydney,” Ayres says.

“Adding leading fintech busineses into our ecosystem is a critical part of our growth strategy both in terms of direct job creation as well as enhancing our thriving, innovative economy.”

The impending visit has already received “unprecedented” interest and engagement from the NSW startup community, Ayres says, and this form of global collaboration is crucial for the ecosystem’s long-term success.

“International collaboration and the exchange of ideas is essentially a form of trade,” he says.

“This type of engagement and knowledge sharing enhances our own sector and in turn we provide these visitors with our unique brand of innovation.”

Ayres says the delegation will also include a “world-leading” accelerator that is currently eyeing Sydney as well as a prominent venture capitalist.

“The US market is a world leader in fintech and this brings opportunities for investment, particularly in early-stage ventures, as well as partnerships and mentoring opportunities,” he says.

“The partnership and mentoring is critical to our industry development and the US is a great teacher and partner.”