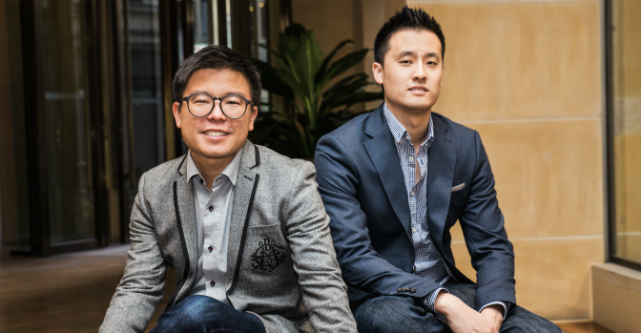 Sydney-founded freelancing marketplace Airtasker has secured a partnership with furniture giant Ikea that will see the two companies combine forces to help shoppers install and assemble products at home.

The partnership will begin with a three-month pilot at the Ikea outlet in Tempe, Sydney, where shoppers will be able to visit Airtasker kiosks in the store to instantly book freelancers to assemble furniture they purchase.

Airtasker co-founder and chief executive Tim Fung says “furniture assembly” is one of the most popular requests on the Airtasker platform, which has transacted more than $75 million in tasks since launching in 2012.

About 15% of all the tasks posted to Airtasker revolve around furniture assembly, “largely thanks to Ikea”, so the partnership was “completely driven by consumer demand”, Fung says.

“We saw close to 50,000 Ikea jobs go through the Airtasker platform last year,” he tells StartupSmart.

Fung, who says the pilot is the result of more than year of talks with Ikea, found the furniture giant was surprised at the demand on Airtasker’s platform for its goods.

After the trial ends in July this year, Fung hopes Ikea will roll out Airtasker kiosks across all its stores in Australia. Ikea operates eight stores across the country, along with pick-up points in Tasmania and North Queensland, but has plans to launch more small- and large-format outlets as part of its multichannel strategy.

“The opportunity is massive,” he says.

Ikea Tempe store manager David Mulligan said in a statement the Airtasker kiosks could help simplify his customers’ journey from purchase to home use.

“Through this affiliation with Ikea and Airtasker, we’re giving our customers the confidence, flexibility and choice when it comes to assembling their furniture at home,” he said.

Read more: Why Ikea is asking its shoppers if they want religious AI-enabled furniture

The thing about big partnerships

In mid-2016, Airtasker secured a partnership with The Good Guys, one month after closing a $22 million Series B funding round.

While partnerships with renowned brands and established big businesses can be a great way to drive traction and exposure for a startup, Fung doesn’t believe they’re an ideal “first distribution strategy”.

New founders, he says, shouldn’t necessarily plan a whole product around major partnerships because each one requires a serious amount of leg work, time, resources and planning.

“You have to talk to a lot of people and do a lot work to have an opportunity to nail a partnership,” he says.

“The reality is it’s hard work.”

If a startup believes its solution could really benefit a big business and its clients, Fung says the first step is to identify the “really large pain point” it addresses and make that clear to the potential partner.

According to Fung, the question is: does your startup solve a problem that’s on the top of the priority list for the big business or brand at hand?

If the answer is no, he says a partnership is unlikely to develop because people inside the big business won’t be excited enough to get together and bring it to life.

“It needs to be something that’s a huge pain point for them,” he says.

Once this is established, founders need to convey the value of the solution and how the startup can solve it to everyone, from the managing director through to the company’s other key stakeholders like decision-makers in the marketing and legal teams.

“There’s so many people you have to convince that is the best thing … You have to be prepared to put in a lot of ground work to make that happen,” he says.