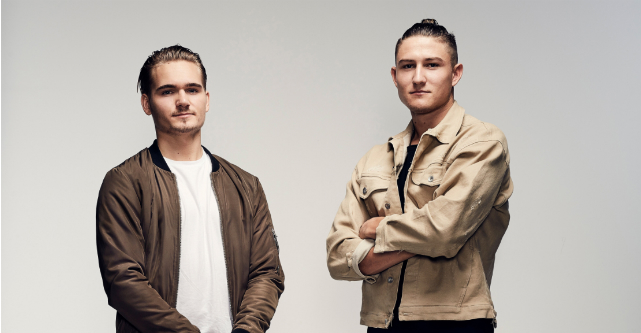 After hitting a major milestone in revenue this year and landing one of the most powerful social media influencers in the world, the founders of Gold Coast startup HiSmile believe they’re on track to create a global brand.

“As of January we turned over $20 million,” HiSmile founders Nik Mirkovic and Alex Tomic tell StartupSmart.

Since launching in December 2014, HiSmile has grown from a team of two to 24 and by the middle of next year, the founders expect to have a team of more than 100.

Mirkovic and Tomic say such growth is being driven by HiSmile’s increasing power on social media — a marketing channel the company spends 50% of its revenue, or approximately $10 million, on.

When Mirkovic and Tomic spoke to SmartCompany in August last year, their teeth whitening company had a following of more than 650,000 across its social media platforms.

A month later, Keeping up with the Kardashians star Kylie Jenner plugged the startup to more than 75 million fans around the world.

“One thing that startups do incorrectly is they sort of go down when they can’t secure someone like Kylie Jenner from day one,” say Mirkovic and Tomic.

The reality is HiSmile has been working on getting an endorsement from Jenner since 2014 and her social media ads are the results of a “few years” of work, say the entrepreneurs.

“It took us 18 months to begin conversations,” they say.

By working with other social media influencers, the founding duo eventually got in touch with one who is friends with Jenner and is also managed by her mother Kris Jenner. This opened the gate for HiSmile to get in with the Kardashian clan.

Mirkovic and Tomic believe startups that are keen to work with major influencers and celebrities should first really understand why it is they want to do so, because not only do you need to provide clear value to the influencer for plugging your brand, there also needs to be a real return on investment.

Mirkovic and Tomic say startups should also have the right infrastructure and team in place to handle the spike in demand that can come when influential social media stars plug your brand.

“Your business needs to be ready,” they say.

And the only real way to make a name on social media, they say, is to get started, test different types of content and double-down on what the audience likes.

“[Startups can] get a bit too obsessed with perfection especially with the type of social media content they’re putting out,” they say.

“What you should be looking for is testing a lot of content … and really [listen] to what the market is responding to best.”