How the City of Sydney plans to grow startups and entrepreneurs 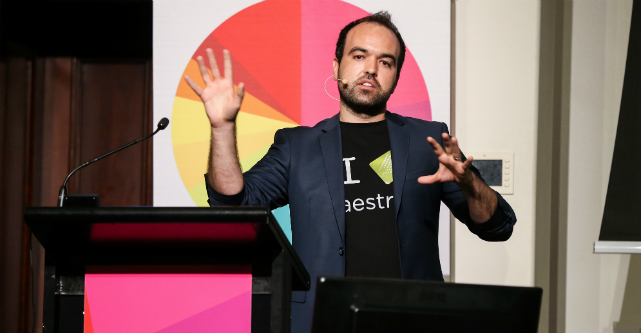 Just a week after startups were “missing in action” in the NSW budget, the City of Sydney has revealed its action plan to boost the city’s tech ecosystem.

The Tech Startups Action Plan was released in draft form last year, with more than 400 people and organisations providing feedback.

Now Sydney Lord Mayor Clover Moore has unveiled the final plan which she says will play an instrumental role in driving up the density of startup activity in the heart of Sydney.

“As we move away from an economy built on digging up coal, Sydney’s thriving startup scene will play a crucial role in building a sustainable long term economy,” Moore says.

Maestrano founder Stehpane Ibos says he is most excited by the plan’s focus on supporting entrepreneurs with access to funding.

“Sydney has many assets to become a global spot for innovation, but innovation needs fuel, and in the early days of any entrepreneurial venture capital is this fuel,” Ibos tells StartupSmart.

“The objective of the plan is from that point of view spot on.”

However, he says there needs to be more clarity on what actions will be taken to actually achieve this.

“It is good to help increase the visibility of entrepreneurs to investors, but more needs to be done, and I would hope that as a significant Australian actor, City of Sydney can actively influence federal discussions related to taxes and economic conditions for startups,” he says.

Developing access to markets for tech entrepreneurs by encouraging consumers to try their products or services is another key focus area in the plan.

“The actions proposed are very interesting, including encouraging startups to become suppliers to the city,” Ibos says.

“I would assume that this means City of Sydney simplifying their procurement process and decisions and getting rid of some of the existing red tape. This wouldn’t only be good news for startups, it would also benefit the entire community.”

The issue of diversity

While the plan does highlight that there is an obvious diversity problem in the tech sector that needs to be acknowledged, Ibos says it lacks concrete action on the matter.

“As part of the creation of a strong eco-system, it is mentioned that programs of support and mentorship will be created, targeted at entrepreneurs and particularly women,” he says.

“It is also mentioned that the city will commit to a female representation of 50% in its programs or sponsored activities.

Opening the gateway for greater diversity in tech startups would require the commitment of the community as a whole, he says.

“City of Sydney can bear a primary evangelistic, educational role and could also for instance create a networking forum centered around women in tech, where opportunities could be presented to those women who wish to join the tech startup world,” Ibos says.

“Looking at longer terms actions, I am a strong believer that more needs to be done in high schools and universities to put an end to a completely erroneous and dated mentality that drives women away from tech.

“Very early in the education curriculums do we need to advertise tech and make it absolutely normal and attractive for women to choose a tech-oriented education.

“It is the only way to reach a stage where we will have gender balance in the tech innovation world.”