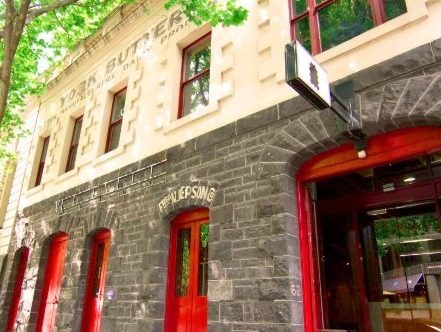 Melbourne coworking space York Butter Factory is reportedly planning to amp up its expansion into Sydney with a spot in the $1 billion Australian Technology Park development.

According to InnovationAus, York Butter Factory is close to signing a deal with Mirvac, Australian Technology Park’s construction partner, that could encompass a 15,000 square metre space for coworking communities and startup incubators.

“All I can confirm is that we have a partnership with Mirvac and are really enjoying working with them to date,” York Butter Factory general manager Jason Lim told InnovationAus.

“We both think there is an opportunity for Australia as a whole to create globally successful startups.”

Mirvac won the rights to develop the Australian Technology Park site in 2015, in partnership with the Commonwealth Bank, after a fierce bidding war that included a group backed by tech success story Atlassian.

The Commonwealth Bank will become the anchor tenant at the site from 2019, taking up 93,000 of the 145,000 square metres available, while another 75,000 square metres of floor space will be set aside for “tech and innovation users and startups”.

The potential deal appears to be the next step in York Butter Factory’s efforts to expand its reach, after the coworking space revealed in March it would be joining forces with Sydney’s Tank Stream Labs to drive collaboration across ecosystems interstate.

“Startups are borderless in a digital world … why not make sure they have a space in each of the two major Australian cities?”

York Butter Factory has also partnered with Sydney-founded TwoSpace, which is working to transform empty restaurant spaces around the country into coworking hubs.

“TwoSpace members get to use every location that we set up, so a startup that works from Sydney and has a trip to Melbourne now has access to a community and space in Melbourne from the moment they land,” TwoSpace co-founder Tashi Dorjee tells StartupSmart.

“Community doesn’t have to be limited to one space, we are growing a coworking community which helps people connect and grow.”

Dorjee believes the increased efforts of coworking communities in Melbourne and Sydney to collaborate will only strengthen the ideas and businesses produced by Australia.

“This could mean someone with even just a smile, idea and a laptop could meet the right team and get started.”