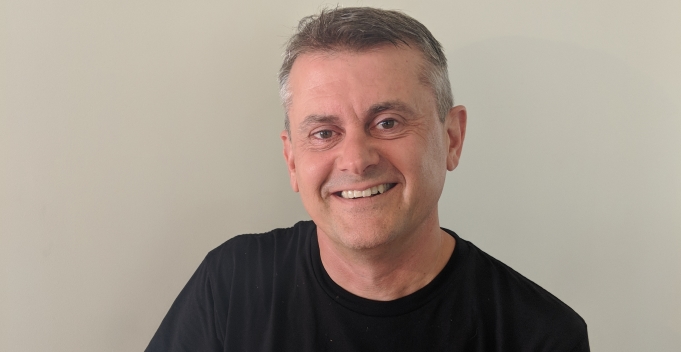 The bid by Aussie startup MOVUS to capture the “unsexy” side of Internet of Things and artificial intelligence technology has struck a chord with some of Australia’s biggest investing names, who have parted with $4.8 million to help propel the startup to international growth.

MOVUS was founded in 2015 by chief executive Brad Parsons. The startup develops IoT and AI-powered sensors that attach to otherwise “dumb” machines to help organisations, especially in the manufacturing space, monitor, manage, and maintain their machinery.

Parsons tells StartupSmart he came up with the idea for MOVUS (which stands for ‘moving industries’) while working as a consultant in the mining and heavy rail industries. But he believes the idea would have remained just that if he had not been accepted into the University of Queensland’s iLab accelerator in the middle of 2015.

“Before the accelerator, I didn’t really have a clue of how to start a business, let alone a tech startup. The University of Queensland was significant for MOVUS, as they not only were our first customer, but our first investor through the iLab accelerator,” Parsons says.

“I don’t think the business would have gotten off the ground if not for the accelerator program, and UQ has been great — we’re about to sign a five-year contract with them.”

The university has now been joined by a star-studded cast of new investors, however, with MOVUS this week announcing a $4.8 million investment led by Blackbird Ventures and contributed to by telecom giant Telstra’s venture capital arm and Atlassian co-founder Scott Farquhar’s private investment fund Skip Capital.

Reflecting on the big name investors his startup has secured, Parsons labels them the “trifecta” of Aussie investors, and says it’s “validiation in spades” for him and his business.

“They’re some of the best VCs in the country — these guys know good businesses when they see them,” he says.

But the raise process wasn’t all smiles and success, with Parsons estimating he went through around 50 meetings with investors to discuss potential partnerships. His focus the whole time, he says, was to find high-quality investors.

“It’s really strategic, and these investors add so much more than money. They have the skills and experience at the table, which is invaluable,” he says.

“You almost never get this quality in investors in Australia, or anywhere in the world for that matter.”

But landing the investment from the trifecta involved a bit more than just conversation around the table, as Parsons says each member of MOVUS was interviewed by the investors.

“That just goes to show how serious they are, and how much they value the team and assessing if each of them are capable of executing on this vision,” he says.

Having recently announced two new IoT technologies for its mobile network, Matthew Koertge, managing director at Telstra Ventures said in a statement the investment and partnership with MOVUS made a lot of sense.

“We believe that MOVUS aligns well with our broader IoT strategy, providing a compelling IoT value proposition for machinery owners and a unique opportunity to capture value in the ‘Industry 4.0’ market,” he said.

The “unsexy” side of AI

The money itself will be funnelled into scaling MOVUS internationally, and Parsons says he expects to be moving his family overseas by the end of the year. He’s already had interest from companies in the US and Europe, and hopes the war chest of funds will go a long way towards driving the startup’s global growth.

“We’ve got a few big partnerships in the mix and some really sizeable deals we’re working on at the moment, so we’re all pretty excited about the future,” he says.

“And based on what’s been going on in the past two years, that future ahead is massive in terms of international growth. In a three-year period, I see our sensors proliferated everywhere to make machines smarter in the OEM and manufacturing space.”

Recently, alarm bells have been sounded about the AI and automation space, with Scott Farquhar’s co-founder Mike Cannon-Brookes recently fronting a Senate inquiry into the future of work, declaring automation would cause “massive job disruption”.

“It’s time to start planning how to overcome the negative impacts of technology disruption. Embracing change is hard and scary, you have to learn from the past and move forward without any fear or rhetoric around robots taking our jobs,” he said at the time.

That fear and rhetoric is something Parsons has been seeing too, but he sees his startup’s role in the future of work as one that will benefit and build on existing jobs, and is happy to be operating in the “unsexy” side of AI.

“Our sensors reduce the need for regular inspections of equipment as they’ll only need inspecting once the sensors say there’s an issue. This stops businesses from putting humans in unsafe places, and enables massive productivity benefits for people who are typically very time-poor,” he says.

“McKinsey put out a report that predictive analytics and maintenance were the best foreseeable use cases for AI and IoT technology. What we’re doing isn’t the sexy, startup, consumer-focusing AI industry. It’s water, power, mining, oil, gas; we’re one of the few in the space actually delivering for our daily wants and needs.”

NOW READ: Artificial intelligence cyber attacks could happen in the next 12 months