Is the government’s innovation statement just a $1.1 billion cash-splash for votes? An in-depth look at the global landing pads 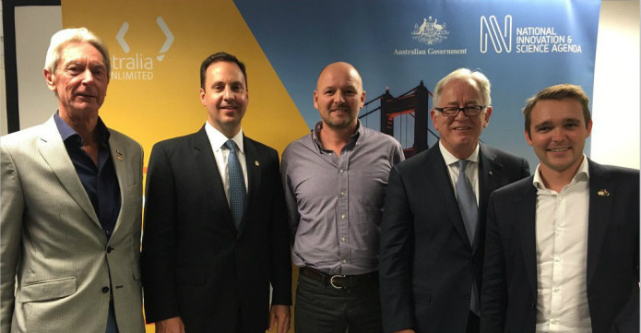 This is the third article in a series where CapitalPitch co-founder Jeremy Liddle will explore different aspects of the government’s innovation statement and the potential impact they will have. You can read his take on the tax incentives and the support for accelerators and incubators.

The innovation, startup and investment community rejoiced in December 2015 when our new prime minister chose to make the statement about innovation and science the first priority policy decision of his tenure.

Fast forward to May 2016, with an impending election and we must ask the question of our government: “Are you investing public money based on sound decisions for the future prosperity of Australia or are you buying media opportunities and votes?”

Let’s look at the government landing pad program which has been receiving a lot of media exposure recently. This is something that New Zealand, Canada and various other governments have been implementing over the past years.

At face value this could be a very valuable offer for Australian startups.

“More opportunities to reach global markets and learn from the best”

The proportion of this money that is being consumed by our public service, as opposed to actually funding the programs and startups themselves, is currently unknown.

There are also Australians already based in all of the proposed landing pad locations that are entrenched in the ecosystem as successful founders, investors and ecosystem leaders.

This new landing pad strategy therefore begs the question: how many of the existing Australian programs and individuals have been proactively engaged by government in order to leverage the expenditure of $36 million so it is used in the most efficient manner possible?

The answer to this question so far seems to be “very few”.

After meetings in Silicon Valley and the bay area, CapitalPitch are excited about the potential to assist Rocketspace, which has been awarded the landing pad program and are now in the process of building a list of the top 50 influencers in the region to try and engage them in the program, as well as assisting Austrade; and helping the Australian startups to successfully leverage the opportunity of landing in the USA.

The CapitalPitch platform has been created to accelerate startup investment and will be able to provide a series of software, tools, systems and methodologies to startup investment stakeholders such as Rocketspace and the Aussie landing pad startups.

No doubt the goal of many of the startups approaching Silicon Valley will be to establish a local presence and raise capital for expansion in that market. Securing strategic investors in an international market is no easy feat and it will require a very well thought out and well executed international capital raising plan, including investor communications and connections that are localised.

International investors, particularly those in the USA, want to see local traction. There is a small selection of investors that are interested in Australian businesses and it takes time and energy to develop and nurture those relationships.

It’s no small task to bring an international community together to support visiting businesses. Considering there are so many programs and individuals already doing this, it seems like a rushed approach to rolling out this program that the government has now taken.

Another important question to ask here is, “why is a government agency trying to pick winners selecting these startups?” –  especially considering the well established argument that government should not be picking winners.

Government should be investing time and energy proactively engaging Australian partners with track record to outsource the selection and landing of these startups in the pads.

Desks in each landing pad should be allocated to Australians already on location that have established networks. At CapitalPitch we look forward to partnering with each landing pad in order to offer a platform that can accelerate investment for the startups.

As the government starts to roll out the research partnerships and training programs we hope to see them engaging and partnering with the Australian and international programs that have a track record.