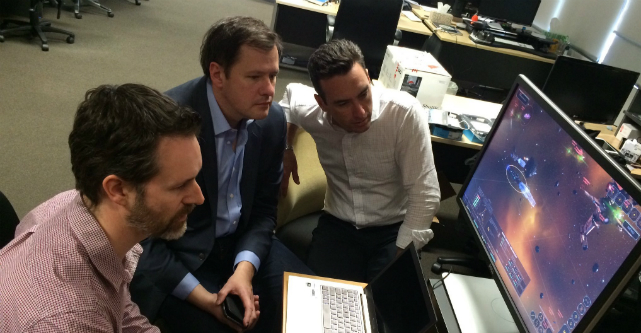 Want to see what full-blown political retreat looks like?

Take a look at what the supposedly pro-innovation Turnbull government is doing in relation to its advocacy for Australia’s startup community.

Since the election the discussion of the need to build a thriving Australian startup community has hurtled into a political black hole from which there seems no return.

The downside of this retreat is that the country will be poorer for it as we fail to nurture a sector that promises to deliver massive job growth through a period of huge change.

Proof of this retreat is the government’s ministerial reshuffle that skewers startup advocacy in government, and statements by the new innovation minister signalling less focus on the sector.

A retreat from startups

Read the public statements of new innovation minister Greg Hunt, who has been telling the public that Australia’s innovation push needs to be broadened and moved away from a startup focus to include wider Australian businesses.

At face value you can’t argue with that, but Australian business is notoriously risk averse and not recognised as world-beating investors in innovation. Why should they act differently when a supposedly pro-business, pro-innovation Coalition government slashed or failed to properly restore public funding support for research and innovation in this country?

Words count. And when government ministers talk about broadening the innovation focus, they are telling you the focus is being moved away from the startup community.

The post-election emphasis of Coalition MPs, like conservative WA MP Andrew Hastie was worth taking notice of. He told his local newspaper he threw aside the Coalition’s talking points on innovation when he struggled to tell a constituent how the plan would benefit his children.

“He wasn’t an innovator — he was just an everyday Australian who was trying to pay down his mortgage and look after his children and ensure they had a brighter future,” Hastie said.

To keep these types of MPs happy, Malcolm Turnbull and innovation minister Greg Hunt talk about the need for a broader innovation message.

It’s clear a combination of internal politiking and a political inability to sell the importance of innovation to Australia’s economic future has led to the political distancing we’re now witnessing.

Besides their words, the Turnbull government’s new ministerial line-up is further proof of the retreat.

While the federal opposition has retained a dedicated shadow assistant minister for startups in new MP Tim Hammond – a WA MP who gets the long term need to diversify economic activity – the Turnbull government has further diluted the government’s startup focus by replacing the policy responsibilities of its new assistant minister Craig Laundy with anything but startup issues.

Gone is the startup advocacy and dedication of former assistant minister Wyatt Roy, seemingly replaced by an asterisk buried somewhere on a list of responsibilities for a new innovation minister.

Once the glossy ad spend for the National Innovation and Science Agenda dried up, the Turnbull government didn’t feel the need to do anything further.

More disturbingly, the startup community fell prey to the internal civil war that has seized the Turnbull government.

Why should Australia’s startup community – and our broader economic prospects and future jobs – suffer because the Coalition hasn’t got the political skill or courage to build community support for our early stage innovators?

The answer is that they shouldn’t suffer. But why is this shabby treatment and retreat a problem?

Startups are a pipeline for future jobs

The huge wave of technological change and innovation undoubtedly pose challenges but it also hands us an opportunity on a plate.

Political players have a responsibility to prepare the nation for this change, minimise the detrimental impacts of change, reduce the fear and anxiety around what’s headed our way and resist calls for heavy-handed regulation to stave off what’s approaching.

While some might bridle at the amount of recent attention they’ve received, we need to recognise that startups occupy a special space that deserves that extra focus right now – they sit at the front of the pipeline of future businesses and jobs.

Currently, the rate of startup formation in this country is recognised as weak, relative to many other nations – it’s going to take a dedication of time and effort to remedy this.

Instead of focussing on the wealth creation generated by startups, the solution for the startup community lies in concentrating on its most potent benefit: its rampant capacity for job creation.

While minister Hunt recently said: “The message is very clear. The jobs of the future aren’t just in new tech startups…” his own department released research this week showing that young companies created nearly two million net new jobs between 2003 and 2014.

This is something Labor has recognised and argued since 2014. It’s why last year alone we released three waves of policy to promote a strong startup culture in Australia.

Startups are for everyone, not just inner-city elites

In my new role as shadow minister for employment services and workforce participation I’m deeply interested in – finding out how innovation can improve the way we find work for existing job seekers while preparing for the future world of work and change.

In demonstrating that startups are job generators and not job killers there’s another thing that Australia’s startup sector can do: build startup communities beyond the laneways of our inner cities.

Help create knowledge jobs in our suburbs and our regions. Show average Australians in concrete terms what startups can do for job growth and through this effectively build a national fan base for the work of our early stage innovators.

According to the Global Innovation Index 2016, Australia is falling behind, not improving, when it comes to our national innovation effort. We’re not generating enough in terms of innovation outputs.

The question for us now is do we want Australia to be an importer of ideas or a generator of our own, with the jobs and economic benefit that flow from this?

If we do, we need to supercharge our startup community. And that happens by embracing it and championing it, not retreating from it.