Labor questions independence of StartupAUS, would reconsider funding if it wins election 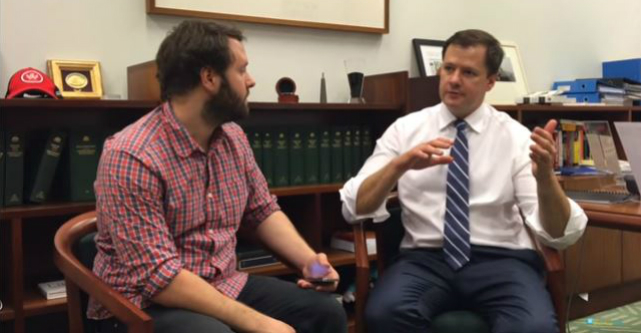 Labor would consider stripping StartupAUS of government funding if it wins the upcoming election, with the opposition’s startup spokesperson questioning the lobby group’s independence.

Announced on Thursday, the independent representative body for startups will be receiving up to $360,000 in federal funding across three years to complete research reports exploring “areas of key interest in the startup sector”.

The lobby group will receive $120,000 in funding annually for the first two years, with an optional third year of funding also available.

But shadow parliamentary secretary assisting with startups Ed Husic says he’s concerned about StartupAUS’ future independence and that a Labor government would reconsider this grant.

“We’re prepared to review the grant if we get into office,” Husic tells StartupSmart.

“We have a number of concerns about the way this issue has been managed.

“My big concern is that the Coalition has a very firm policy that if it funds a group it does not want that group to criticise the government.

Concerns over a conflict of interest

According to StartupAUS CEO Alex McCauley, the not-for-profit’s independence has already been assured.

“We were very clear when we agreed to take on the work that StartupAUS would have complete editorial control over the report themselves and that the funds were directly linked to the reports and nothing else,” McCauley tells StartupSmart.

“StartupAUS has always called it how we see it and we’ve always worked with anyone that wants to work with us. There’s never been a conflict there and there isn’t one now.”

But Husic says only time will tell if the group still has full editorial control on the work it has been commissioned to complete by the government.

“He can say that but unless it’s backed up by words in a contract or agreement he’ll find that the ambition doesn’t match reality,” Husic says.

“If they’ve got a commitment from the government to respect their independence then I’m all in favour of that, but the devil is in the detail.”

The opposition’s startup spokesperson also has concerns over the process through which the large grant was dished out.

“The government, despite saying it is bipartisan, never consulted with us on the sizable grant during an election period,” Husic says.

“The size of the grant itself is so big that we are interested to know whether the tender processes and the proper government procurement processes were followed. That’s why we’re open to reviewing the grant should we win the federal election.

“It’s not anything that’s necessarily negative about StartupAUS, it’s about the way the government has managed the process.”

And he says this issue extends far beyond just this one grant.

“Look at that sudden major grant to MassChallenge while they were telling local accelerators they have to wait for program guidelines – that’s not a good look whatsoever and that undermines the national innovation efforts,” Husic says.

“These decisions are being seen as a way to score political mileage.”

Husic has also questioned StartupAUS not releasing an updated Crossroads report – research into the Australian startup ecosystem and the problems it faces – before the July election, and its actions in the lead up to the budget.

“I cannot believe that StartupAUS is not doing an updated Crossroads report before the election,” he says.

“This is the time when groups like StartupAUS should be pressing all political parties for things that they think are important to support the startup ecosystem.

“Some people complained after the federal budget that startups were neglected. The reality is that you had an ideal opportunity to refocus attention on the things that matter to startups leading into the election and now that’s been squandered.”

With six weeks of the election campaign still to come, Husic says Labor’s innovation policies will be focusing on the things the government is “supposed to do”.

“Education has been our big focus – we’re encouraging more students to take up STEM study and we’ve indicated that we will fast-track any moves to improve things such as equity crowdfunding,” he says.

“There will be further announcements in due course.”