“No dickhead policy”: Why leading Australian VC firms are backing a sexual harassment code of conduct for the startup community 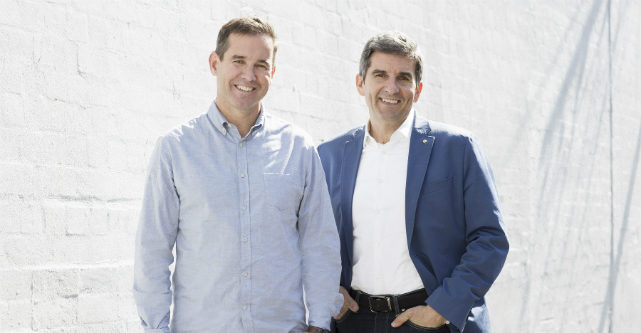 Some of Australia’s largest venture capital firms have taken a stand against sexual harassment and discrimination in the startup community, committing to a ‘Model Code of Conduct’ that outlines unacceptable and discriminatory behaviour.

In a Medium post last week, Wong said the firms have been working closely together to draft the final code.

“There has never been a better time to start a company [in Australia]. Collectively, we need to ensure that opportunity is wide open to those who seek it, and that the startup community reflects the dynamism and diversity of the wider population,” Wong said in the post.

The model code of conduct provides a template for companies to adopt, with options for customisation or amendments at certain points. The first version is available online, and open for comments and suggestions.

“We hope to version it over time and improve on it with the input of others in the community,” said Wong.

Speaking to StartupSmart, AirTree co-founder Daniel Petre said the code was born as a reaction to events in the US, where the #MeToo movement has exposed the levels of sexual harassment in film and other industries.

Petre says, while specific cases of sexual harassment in the Australian startup scene have not received as much attention, “you would have to be completely stupid or naive to think that they haven’t been occurring”.

He adds that the VC industry, historically quite small in Australia, is growing. With that growth comes a reality check that if harassment and discrimination “are probably going on, and if not, they will”.

Venture capital firms have “an enormous amount of power,” Petre says, and this could mean people who feel they need a VC’s support may be less inclined to report any issues.

“Because of the power dynamic, in an environment where people don’t know the rules of the game they might be less likely to report,” he says.

The model code provides an optional extra, allowing companies to recognise this power imbalance, by saying: “We encourage investors to take into account this imbalance of power in all of their interactions with founders and be especially careful to avoid using their power to coerce the founder, intentionally or unintentionally.”

Other aspects of the code are much more specific. For example, one example of companies creating a sexualised environment reads: “Organising business-related activities which require less or no clothing (e.g., meeting in hot tubs or saunas, throwing company pool parties).”

But, Petre says the intention was to leave no room for interpretation.

“Some have argued it’s way over the top or too specific. But I think it needed to be,” he says.

“I want there to be a world where there is way more equality between women and men, and there isn’t in our industry.”

There is also a need for more diversity in general, be it cultural, racial or religious, he says. The ultimate goal should be creating an industry that represents more people.

“We can at least assure that there are standards we’ve said we’re going to be held accountable to,” says Petre.

Petre says the commitment from six of the biggest Australian VC funds sends a message — not only to other funds, but also to startups — that certain types of behaviours will be considered unacceptable.

“You may be a startup that’s struggling,” he says.

“It’s a hard place, a really tricky environment, that doesn’t excuse you from having appropriate behaviours.”

Petre adds that he can think of several examples at AirTree “where we have not invested in people because we have a ‘no dickhead’ policy”.

If a founder comes across as overly aggressive, rude or patronising, the answer is going to be no, Petre says.

If this attitude becomes more widespread, people with inappropriate attitudes won’t be able to get funding as easily, and then the industry may start to see a change, says Petre.

“The people you’re trying to change is the dickheads. They will only change if they don’t get promoted, or don’t get funding,” he says.