LocalAgentFinder’s Matt McCann on raising $5.5 million, a potential IPO and three things every founder needs for a successful investment deal 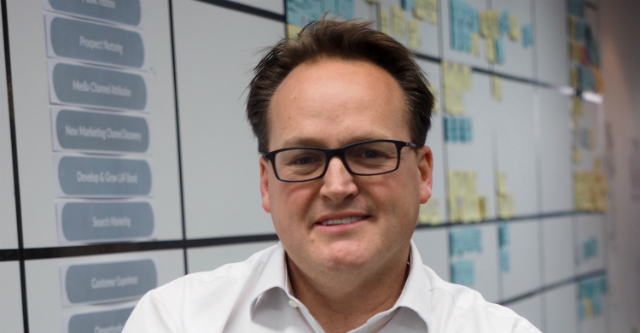 Real estate startup LocalAgentFinder has confirmed an initial public offering is still among the strategic options the company is considering after it closed a $5.5 million investment round in March this year.

“We’ve shifted our brand positioning last year to have Jason Geary as the face of our brand and that campaign has been incredibly successful for us,” McCann tells StartupSmart.

“We’ll be using those funds to continue that investment as we continue the journey with our chief comparison officer.”

McCann says a “little bit of money” will also go towards exploring expansion plans into international and adjacent markets. While it’s too early to name the first overseas markets LocalAgentFinder could expand into, McCann says a “successful” pilot was completed in the UK 18 months ago.

The platform, which drew over 65,000 homeowner registrations in the 12 months leading up to April 2017, was turning over more than $7 million last year.

McCann believes turnover will be “significantly higher” this year and says the startup’s team has “nearly doubled in size” since last year. LocalAgentFinder’s workforce now comprises 45 employees in Australia and 11 offshore, he says.

In a statement on the LocalAgentFinder website, the 10-year-old company states its board’s preference is “to pursue an IPO on the ASX” but that it’s exploring other strategic options as well.

In November 2016, McCann told StartupSmart talks of an ASX-listing had commenced, but he declined to provide any further comment on this.

However, he says LocalAgentFinder has had “approaches from strategic players in the space”, which it is considering in its decision to pursue “investment into an IPO or alternatives”.

McCann believes investors are starting to get excited about the potential of new technologies in the property sector.

Reflecting on nearly two decades of working in startups and raising over $350 million of “venture or growth capital” for companies like iSelect and Shazam, McCann says investors today are seeing there are “pathways to growth and strong returns” from backing high-growth tech ventures in the real estate market.

LocalAgentFinder’s recent investment round follows a $12 million funding round completed by OpenAgent in August 2016 and a $5 million raise by RateMyAgent in April last year.

“There’s a greater understanding of the opportunity in terms of technology and what it can do from an investment proposition … the combination of property and technology is becoming quite a hot space for the investment community,” he says.

To new startup founders in the market, McCann says “the chances of being able to raise” really boil down to three key factors.

Startups seeking investment must have an “interesting” and “compelling” market position with “a proposition to meet that”, “a good team to be able to execute”, he says. The next step is finding “the right type of investor”.

“If there’s’ a gap in one of those three it makes life quite hard,” he says.