How to get the best out of a CTO: 99designs CTO shares his tips 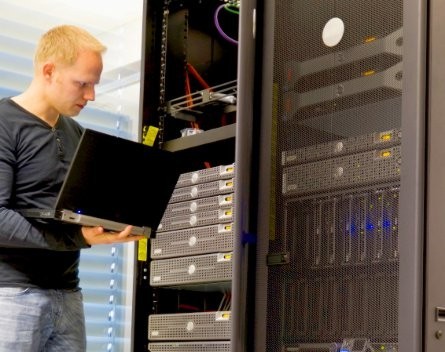 Finding, retaining and empowering the right chief technology officer is often listed as one of the major challenges for Australian start-ups.

Lachlan Donald is the CTO at one of Australia’s leading start-up success stories, online design marketplace 99designs. He has recently moved back to Melbourne after a three-year stint in Silicon Valley with their American team.

“My initial objective was to go over and provide a bridge between our technical and product team in Melbourne with the executive and marketing team in San Francisco,” Donald says.

The growth of the San Francisco 99designs team from five to 40 people, and the corresponding growth back home has enabled the team to develop a series of “start-up pods” within the organisation. The teams are autonomous units focused on particular projects.

Donald says CTOs, and the teams around them need to recognise you have two roles, and the key to managing a development team while being an effective executive is to create common ground.

“The most important thing to understand as CTO is you need to be able to operate down in the weeds but also up at a high level,” Donald says. “It’s the CTO’s role to communicate upwards really clearly, about the risks and choices the technical team is making.”

Donald says they’ve recently implemented a focus at the executive level on creating and working to a small set of actionable metrics.

“This is a good tool to take into the development team, because you can compare the relevant options around how they’ll move the metrics forward, and give you a shared vision. This is moving us away from confusing conversations and decision making.”

CTOs and developers need time and the freedom to be creative

Developers at 99designs are given one Friday a fortnight off to explore new ideas and projects. Donald says this is key to encouraging autonomy and creativity, and many of their key technological breakthroughs have emerged in these sessions.

“The first one and most important attribute for developers is creativity. You need to give them autonomy. So my job as CTO is to empower the technical team to work on their own, and come up with new ways to grow, expand and succeed,” Donald says.

He adds the end result of this autonomy, regardless of the many closely averted errors along the way, is a scalable and innovative development team.

“We’ve reached the logical conclusion of this initiative, with our start-up pods within our organisation that each have a tech leader,” Donald says.

Lead by example and invest the time in your team

Donald says he is committed to leading by example, and still codes alongside the development teams every day.

“It’s very important to understand deeply the technology that is being built and the constraints and opportunities. I think in some ways it helps you stay grounded. And it’s the best way to lead. Engineers better follow a leader they have deep trust in their technical judgement, and the best way to get that is being on the same projects and wavelength,” Donald says.

He adds non-technical co-founders should be committed to maintaining an ongoing honest and evolving relationship.

“Between a good CEO and a good CTO, there is never a clear delineation of responsibility, it ebbs and flows. In a small team you need to have a really good understanding of each other’s strengths and weaknesses and be honest about that,” Donald says.