A few very merry mobile trends you really must watch 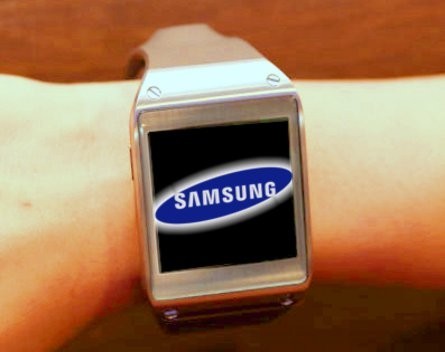 Well, it’s certainly been a big couple of days in the mobile industry – and the news is set to get bigger.

The news that Microsoft is swallowing the mobile division of Nokia would have been the big tech news story most weeks.

But then came Samsung’s big press conference ahead of the big IFA consumer electronics show in Berlin. The release of an updated Galaxy Note tablet from Samsung is in itself a story anyone developing an Android app should pay attention to.

But the bigger news was the unveiling of the company’s Galaxy Gear smartwatch. This device connects to your mobile by Bluetooth and allows you, amongst other things, to make calls, check update notifications, run apps or take photos without pulling your watch out of your bag.

Back in Old Taskmaster’s day, a watch sat on your wrist or in your pocket, told the time, and did little more. Very little more.

Now smartwatches are the big trend all the tech giants are cashing in on. There’s Apple’s eagerly anticipated iWatch. Google, Microsoft, LG and Sony all have their own smartwatches in the pipeline too. Even chip design firm Qualcomm got in on the act earlier today, announcing a smartwatch of their own.

Of course, this time a new watch isn’t the only thing you need to – pay attention to…

Google has announced a new version of Android called 4.4 KitKat, Sony is releasing a new flagship smartphone called the Xperia Z1, Samsung is about to introduce a “smart house” product controlled from an app on your TV, LG has a new tablet coming out called the G2 and Samsung will demonstrate their latest ultra HD and internet-enabled TVs.

And all of that comes before the big event planned by Apple on September 10. At the very least, the Cupertino, California tech empire founded by the late Steve Jobs is planning to unveil an updated iPhone – the iPhone 5S – along with a low-cost, low end version that will come in a range of different colours, called the iPhone 5C.

With the long list of new devices coming out, you’d be forgiven for thinking there’s a pre-Christmas sales season just around the corner!

Now, Old Taskmaster has a question: Do you want a shiny new tech toy under your Christmas tree, or a lump of financial coal?

Well, if your start-up depends on a mobile app or service, what you end up finding in your stockings this year will depend on how well you address today’s challenge.

It is absolutely essential to stay on top of all of these consumer tech developments. That means taking the time out to read up about them, and then examining and evaluating what they mean for your business.

It might also mean you need to plan to get a Galaxy Gear, new iPhone or some other device to evaluate as soon as they become available in Australia. If so, work that out early, so you can avoid the emo kids in the queue!

Rapid technological changes are the kinds of things nimble start-ups thrive on, while lumbering multinationals are laggards. Don’t waste this opportunity!

After all the season to be surprised is just around the corner, is it not?