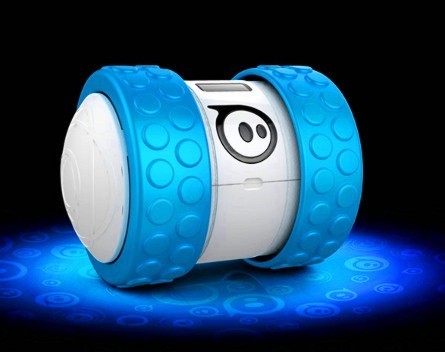 Makers Empire, an Adelaide startup that specialises in 3D printing software, has announced a partnership with US toy giant Sphero.

The joint venture will see the launch of the Ollie Customizer app, which allows users to customise and create accessories for Sphero’s popular toy Ollie, which can then be 3D printed and shipped to their door.

Ollie is a cylinder-shaped racing toy that is controlled by a smartphone app and can reach speeds of up to 22.5 kilometres an hour.

“They have quite a big following in the maker community and it just works really well,” he told StartupSmart.

“3D printing is a similar kind of audience to their product and I’m really keen to see what their fans do with the app.”

Peddie says the partnership came down to networking, and he advises Aussie startups looking to partner up with international businesses to simply be “open to potential collaborations”.

“It came about through a chance meeting with their co-founder, Ian Bernstein, who we met at a Sydney festival event called Tomorrow’s Toys,” he says.

At the moment 3D printing is mainly seen as a prototyping tool for architects and engineers, according to Peddie. However as the technology matures, he expects “a big uptake” among the general population.

“At the moment, it’s really big in education – that’s one of the early adoption areas. Longer term we’ll see consumer products being produced a lot more through the 3D printing technique.”

Sphero co-founder Ian Bernstein said in a statement the partnership was a great opportunity for both companies.

“We have deep roots in the maker movement so partnering with Makers Empire on Ollie Customizer was a natural fit for us,” he said.

“We are constantly inspired by the creativity we see around our robots and are thrilled to offer our community a tool that will bring their ideas to life.”

The Ollie Customizer app is free to download for iOS or Android users. Designs can be custom printed and shipped for under $50, or printed from a user’s own 3D printer starting from $1.29.