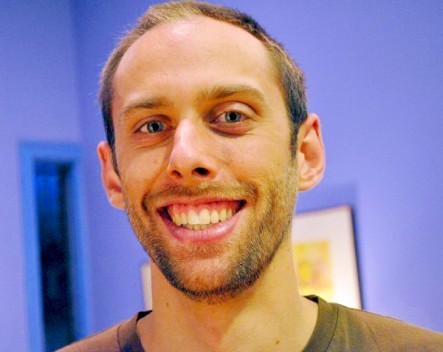 Startup Weekend Adelaide co-founder Orren Prunckun has been honoured for his contribution to the startup community.

Prunckun recently received an Australia Day Citizen of the Year Award from the City of Unley for his contributions to the local startup community.

Speaking to StartupSmart, Orren Prunckun says Adelaide is at a “critical point of activity” thanks to support from the state government, investors, corporates, local universities and other stakeholders. He says the recognition was unexpected.

“I was very, very surprised they asked me to do a speech in the end… I hadn’t prepared anything because there was no expectation that I was even in the running,” he says.

Prunckun says organising community meet-ups and mentoring is crucial for a strong startup ecosystem, and one of the reasons why Adelaide was recently cited as having the best coordinated approach to entrepreneurship at the G20 Young Entrepreneurs summit.

“On the surface they [meet-ups and mentorships] don’t seem to have that much impact, but depending on the person’s level of commitment, small actions like that do go a long way,” he says.

“In places like Adelaide those connections are forged and unofficial networking happens. Within the tech startup community that’s super important.”

With a population of one million, Prunckun says a lot of people in Adelaide know each other and “more and more people get drawn in”.

“Every week there’s at least one or two things week-in week-out,” he says.

“That wasn’t around two years ago – there was virtually nothing. There’s numerous people who are getting in there and getting their hands dirty. We’ve got accelerators and funds and everything that a tech ecosystem needs is here in some foundation. And all the three major unis are jumping onboard.”

However, Prunckun also says more can be done over the next few years to ensure people are up-skilled and more capital flows into the city.

“The knowledge level or skill level is not quite at the level it needs to be for people to go and create super successful companies,” he says.

“So what I mean by that is there is still a bit of time and learning we need to go through to get people as a whole up to a Silicon Valley level. We’re at the beginning but there’s so much potential for Adelaide and we’ve got past that really difficult stage – I don’t think we’re going to regress or go back.”