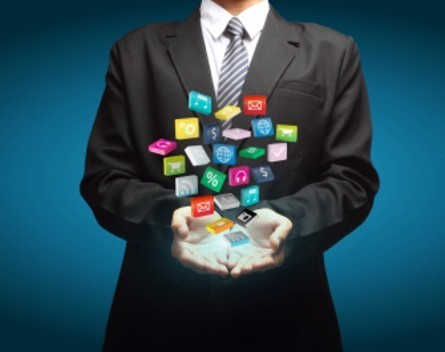 When it comes to smartphones, there’s a whole heap of jargon. Quad-core processors? AMOLED displays? Android or iOS?

If you’re not a techie, it can be tough to make sense of it all. So here’s a layman’s guide to some of the mobile mumbo jumbo you’ve always wondered about, but been too afraid to ask.

(Before we get started a note to the techie uber-geeks reading this. Old Taskmaster is completely aware some of these points are gross oversimplifications, that your early-90s BeBox had more than one processor or that I didn’t bother to mention MeeGo. No need for snarky comments. This is intended as a layman’s guide, so sue me!)

What exactly do iOS, Android and Windows Phone do?

A good, simple way of thinking about your mobile phone is as a pocket-sized computer that can also make calls.

On most computers, there’s a piece of system software, called an operating system that basically manages the relationship between a computer’s hardware and the programs that run on it. In the computer world, most PCs use Windows or Linux, while Apple Macs use Mac OSX.

Operating systems like iOS, Android and Windows Phone basically do the same thing, except they’re designed to work on a smartphone.

If you run an iPhone, you run Apple’s iOS. If you run a recent Nokia, it almost certainly uses Windows Phone. Pretty much everything else – most notably Samsung Galaxy smartphones – use Android.

So why do Androids come in Cupcake, Ice Cream Sandwich or JellyBean?

Each major version of Android is code-named after a dessert. The first letter of each dessert goes up in alphabetical order. So you’ve had Android Cupcake, Donut, Éclair, Froyo, Gingerbread, Honeycomb, Ice Cream Sandwich and Jellybean.

What are the most recent versions of the major smartphone operating systems?

The current version of Android is 4.2/4.3 Jellybean, although Google has announced Android 4.4 KitKat is coming soon.

As fairly well publicised by their recent announcement, the latest version of Apple’s iOS is iOS 7.

Windows is up to Windows Phone 8, although 8.1 is just around the corner.

Finally, BlackBerry is up to BlackBerry 10.2. Given their current business status, Old Taskmaster wouldn’t bet on 10.3.

An LCD (liquid crystal display) display is made up of thousands of tiny liquid crystals that modulate light to achieve a desired colour. The light itself is either provided through backlights or through a reflective back panel on the display.

AMOLED (active-matrix organic light-emitting diode) displays are made of a thin film of organic material that lights up when charged by an electric current. The charge that makes different parts of the screen light up is provided by a thin-film transistor that sits behind the organic material.

LCD is the more mature technology of the two. Generally speaking, LCD will be clearer at different viewing angles and produce more realistic colours, but is less good at contrast.

AMOLED colours are brighter, have better contrast and (because they don’t need to be backlit) generally use less power. Traditionally, they are less viewable in direct sunlight.

Whether your display is LCD or AMOLED, the number of pixels or dots of colour per square inch of screen size determine how clear your image is. In the past, Windows PCs used 96 points per inch, while Apple Macs used 72. The usual standard for the printing industry is 300 dots per inch. By comparison, Samsung’s Galaxy S4 displays 441 pixels per inch.

Historically, most computers were built around a single processor – called the CPU (central processing unit) – that computer programs ran on. One processor core, one chip, one computer.

These days, most smartphones have more than one of these processor cores on a single physical computer chip, and these are known as multi-core processors. In effect, it’s like having two or four computer CPUs on your phone, except they’ve been shrunk down to fit on a single piece of silicon.

How is the processor in my smartphone different to the one in my computer?

If you open up your PC or Mac, you’ll probably find it’s built around an Intel processor. The ancestor of this chip was the 8088 and 8086 chips in the very first IBM PCs.

Over the past couple of decades, the design of these chips has been optimised for maximise performance, often at the expense of using more power.

In contrast, the processor in your smartphone is most likely an ARM chip. Its great ancestor first appeared in a 1985 accelerator card add-on for the BBC Micro B. (Yes, the BBC Micro B is a distant relative of your smartphone!) Acorn’s Archimedes and Apple’s Newtons used this series of chips, too.

Because they’ve spent most of the past 20 years being used in mobile devices, they’ve been optimised for battery life as well as performance.

But my smartphone processor is built by Qualcomm/Nvidia/Samsung?

ARM comes up with the basic designs for its processors. It then licenses them to a range of other chip companies, including Qualcomm, Nvidia, Samsung and Apple.

In turn, these companies don’t usually make chips, they just market them. The chips themselves are manufactured by companies with chip manufacturing plants (foundries), including TSMC and Samsung.

It stands for Social Network Service. It’s a fancy, jargony way of saying this phone has an app or hub that pulls your social media messages into one place.

Are there any other bits of smartphone jargon you’ve heard but have been too afraid to ask about? If so, leave your question in the comments below!

Mobile and mobile commerce is an increasingly critical part of every business. If there’s some piece of mobile mumbo jumbo you don’t understand, make sure you get it cleared up!