An ecomodernist’s manifesto: save wildlife by embracing new tech 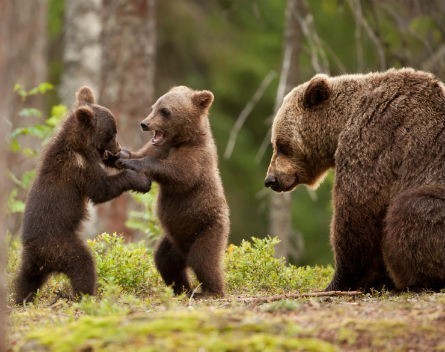 Earth is now a human planet. Our species uses of a large proportion of its land-surface area for living space, agriculture and mining. We domesticate and transport a multiplicity of plant and animal species across continents. We sequester and divert freshwater.

We heavily exploit the world’s plants, animals and ecosystems, including the oceans. We are altering the atmosphere and changing the climate.

So if humanity wants to preserve “wild nature” forever, it seems reasonable to argue that we must pursue policies and actions to reverse these drivers of global change. This argument has been a cornerstone of environmental advocacy for decades.

This view motivates concern for the “population bomb” and “limits to growth”, and underpins ideas involving the transition of consumer societies to simpler, ecologically sustainable cooperatives.

In a newly released thesis, “An Ecomodernist Manifesto”, I join with 17 other leading environmental scholars to advocate for an alternative, technology-focused approach to conservation. We stress the need to embrace the decoupling of human development from environmental impacts, by seeking solutions that intensify activities such as agriculture and energy production in some areas and leave others alone.

These processes are central to economic modernisation, improved human welfare and environmental protection. Together they offer the prospect of allowing people to mitigate climate change, to spare nature and to alleviate global poverty.

Our proposal is a declaration of principles for new environmentalism. It should be considered a working document that is open to refinement. But it is also based on evidence.

For instance, consider the grossly unbalanced energy consumption in different nations, as highlighted by a commentary on ecomodernism by New York Times columnist Eduardo Porter. A typical Nepal citizen consumers 100 kilowatt hours of electricity a year, Porter writes, while an American consumes 13,000.

Proposals on “sustainable development” that require low-energy, low-technology pathways are likely to fall on deaf ears as developing nations aspire to similar standards of living. This is a reality we must face if we are to deal seriously with climate change.

Intensifying resource use can decouple environmental impacts from human development. There are many successful examples of intensification and decoupling.

For instance, large swathes of North America and Europe have reverted to forest, after substitutions and technology-driven enhancements in agricultural productivity led to the abandonment of marginal farmland.

This trend might be further enhanced by the adoption of vertical farms and bio-engineered crops. Emerging plasma-arc torchtechnology can almost completely recycle and recover materials from solid waste.

There are also many instances where decoupling has not (yet) occurred, or where technological progress has enabled increasingly destructive environmental practices. Examples include the ongoing clearance of primary rainforest for biofuel production and the link between growing national wealth and net environmental impact. This has fuelled critiques of the “techno-fix”.

Ecomodernists admit that technology itself is not a panacea, but we do hold that its judicious application and associated knowledge transfer can be incredibly effective. The alternative, “power down” solutions have proven to have limited social and political traction.

Energy use is an aspect of human development that has a motley record in terms of decoupling.

When communities shift from a reliance on biomass (for instance, wood, agricultural waste, dung) to fossil fuels, there is typically a reduction in local environmental damage and a net improvement in economic and health outcomes. But globally this practice will promote long-lasting problems like climate change.

The alternative is to use advanced technologies like nuclear energy that, like coal and gas, can deliver a reliable, cost-effective and concentrated form of energy in the form of electricity, but do so without the associated carbon and other emissions.

Development and conservation are possible

The principal message of our manifesto is:

Both human prosperity and an ecologically vibrant planet are not only possible, but also inseparable. By committing to the real processes, already underway, that have begun to decouple human well-being from environmental destruction, we believe that such a future might be achieved. As such, we embrace an optimistic view toward human capacities and the future.

In short, we need to equip global society with both the willingness and capability to conserve nature. This is not an easy task.

But a philosophy underpinned by universal human dignity is, we argue, the most plausible pathway to securing a wildlife-filled and thriving planet for future generations.