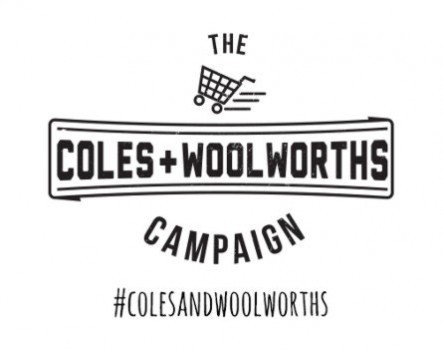 The start-up social enterprise behind Thankyou Water has launched a major social media campaign to get its products stocked at Coles and Woolworths.

Founder Daniel Flynn told StartupSmart the campaign’s success has even taken Thankyou’s team of 12 by surprise.

“It’s really nerve-wracking when you launch something like this because it’s up to the people,” Flynn says. “We were watching it in the first few minutes, we couldn’t believe it. The support has been amazing.”

Thankyou products, including a water range, food range and body care range, directly fund projects in developing countries. The team behind the brand called for supporters to upload videos and post comments to Coles and Woolworths Facebook pages to show they’d buy the products if stocked.

Their launch video has received over 22,000 views and hundreds of people have got in touch.

A post by Coles on their Facebook page saying they’re overwhelmed by the support and looking forward to meeting with the Thankyou team has received over 2,500 likes and almost 1,000 comments.

A similar post on the Woolworths page saying they’re looking forward to a meeting has received over 1,800 likes and almost 1,000 comments.

Flynn told StartupSmart they had already locked in meetings with Coles and Woolworth, but they had to demonstrate demand.

“The meetings were locked in prior to the campaign to present, but the key to this presentation and really what underpins this is we didn’t want to present just an idea. Because in the past we’ve presented ideas to retailers, they’ve said ‘that’s nice’ but we’ve struggled to get traction. We needed to present an opportunity, and even we didn’t realise how big it was,” Flynn says.

He says they’ve been working on the campaign for a few months, and the products for 15 months.

“A lot of our time has gone into development and making great products. We knew we had to nail the product to make sure people keep buying it. People will buy something once because it’s a good cause but go back to other brands,” Flynn says.

Flynn says an appearance on the Sunrise TV program yesterday morning, and their call-to-action-laden launch video have been the most important elements in campaign taking off.

They ran a similar but much smaller campaign last year to get their products stocked in 7-Eleven convenience stores across the country.

“We were aiming for those numbers but we’ve smashed the metrics of that whole campaign in first day,” Flynn says, adding showing the opportunity is just the first step in their plans.

“This campaign is a long one. While we want to get the products on the shelves, we also need to get them off. We need to raise awareness to get our products sold as well. We don’t have the millions to advertise, so we put the cart before the horse to make the product move by raising awareness,” Flynn says.

Consumers can track the impact of their purchase on Thankyou Water’s website. Projects funded include clean drinking water, food and nutrition, as well as health and hygiene training.

“I’m now even more confident there is a big opportunity to make a massive impact. It’s my open dream Coles and Woollies will take this on board, because the figures of what could happen are crazy and a lot of people are keen to get behind us,” Flynn says.