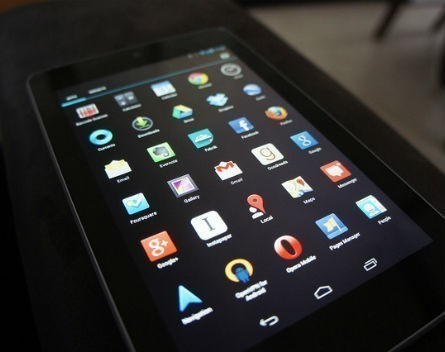 Australia will be the second country in the world to get Android Pay with Google announcing it has secured the backing of six major local banks and a handful of local startups.

In marked contrast to Apple Pay which is yet to get any of the big banks on board, Android Pay will launch in the first half of next year after partnering with the likes of ANZ, Westpac and Bank of Melbourne.

MasterCard and Visa credit and debit card holders will be able to use the service, while NAB and Commonwealth Bank are yet to sign on.

Google says it is also working to incorporate Eftpos to the service.

Australian startup eWAY will be the first local online payments provider to bring Android Pay to its 22,000 merchants.

“Our goal has always been to ensure Australian merchants are able to offer the most innovative, seamless payment solutions to their customers,” eWAY CEO Matt Bullock says.

“They are constantly growing and we’re excited to help them improve the payments experience for their customers.

“With Android Pay, you simply unlock your phone, hold it to the terminal, and voila – your payment is done,” Bhat says.

“We’re approaching Android Pay the same way we approach every other part of the Android family – partnering with the ecosystem.

“We’re bringing together payment networks, banks and retailers to deliver you choice and flexibility and offering developers an open platform to collectively push mobile payments forward.”

The service will also be integrated with in-app purchases, meaning Android users will no longer need to enter payment or address details when shopping online.

Android Pay will be using tokenisation to ensure security, while users can instantly lock their device if it is stolen or lost.

Although Apple Pay launched in Australia last month, it is yet to have support from any of the big banks, which are reluctant to agree to 15 cents for every $100 of transactions cut Apple wants.

Shadow parliamentary secretary for digital technologies and startups Ed Husic has slammed this decision, calling on the Reserve Bank to investigate the potentially anti-competitive behaviour, saying consumers will be “denied choices”.

An estimated 70% of all credit card transactions in Australia are contactless and many of the big banks already have their own mobile wallets, including Westpac and Commonwealth Bank.