Any name will do from now on says Google – why the change? 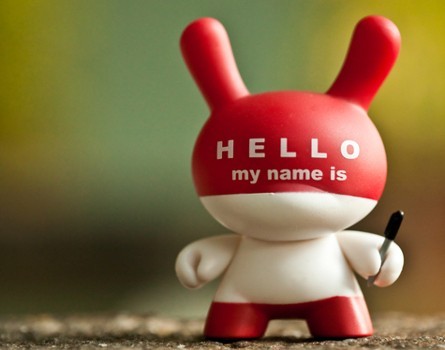 Google has announced a surprising end to its controversial “Real Name” policy with a contrite post on Google+, telling users that there are “no more restrictions” on the names people can use.

This is a dramatic change in policy for the company which suspended users en masse in 2011 for using pseudonyms – an event that users have since described as The Nymwars.

The policy had been criticised since for being capriciously enforced, allowing celebrities such as American musician Soulja Boy (real name DeAndre Cortez Way) to use a pseudonym on the network, but ignoring users who wanted to do the same.

Some users who used their real name on the social network even ran afoul of Google because their names did not fit the assumptions that Google employees made about about what counts as a real name.

Technology writer Stilgherrian and reporter Violet Blue have both documented their problems with Google’s name policing wrongly affecting them, even though they used their real names.

The policy became even more vexed in recent months, as Google integrated Google+ with Android, Gmail and YouTube, where users expected support for pseudonyms.

Although some users hoped that Google+’s real names would fix YouTube’s nasty comment ecosystem, it became a controversial change for many YouTube users.

Why does this change matter?

The change to Google’s policy is important because it shows a change in attitude towards rights of users online.

Vint Cerf, a senior executive at Google, had argued that “anonymity and pseudonymity are perfectly reasonable under some situations”, especially where using a real name could endanger a user.

The new policy should bring Google into line with the Australian Privacy Principles for Anonymity and Pseudonymity announced by the Office of the Australian Information Commissioner (OAIC) this year.

While we might normally consider names and pseudonyms purely as markers of our identity, the OAIC argues that anonymity and pseudonymity are important privacy concepts that allow people to have greater control over their personal information.

Why are pseudonyms so contentious?

Letting people adopt a pseudonym or participate anonymously gives users a freedom to participate without fear of retribution. Academics call this disinhibition.

The freedom from restraint that anonymity brings isn’t a particularly new concern. In the 1970s Johnny Carson told The New Yorker that he couldn’t bear citizen’s band (CB) radio:

[..] all those sick anonymous maniacs shooting off their mouths.

Similarly, writers have told stories of morality and anonymity since Plato’s Republic and the Ring of Gyges which grants its wearer the power to become invisible, similar to the ring in Tolkien’s The Lord of the Rings.

This freedom can be valuable for people at risk of harm, as it can allow them to seek support or to participate in online communities without fear of being stalked or persecuted.

Similarly, lesbian, gay and transgender users at risk of discrimination can participate online without being publicly outed. It can also allow people the freedom to express themselves without endangering their relationships with friends and colleagues.

Employees even risk retribution when their employers perceive that their online behaviour reflects on their workplace. US Supreme Court Justice John Paul Stevens argued that anonymity is protected as part of their right to free speech as it can “protect unpopular individuals from retaliation — and their ideas from suppression”.

The problem with anonymity

The catch is that this freedom also empowers people who wish to hurt and harass others. “Trolls” can operate anonymously because it can free them from responsibility for their actions.

This becomes particularly problematic when anonymous or pseudonymous users threaten people with harm. A number of women have written about the bullying and violent threats they regularly experience at the hands of anonymous trolls.

In some moderated online environments, users are protected from these kinds of speech by the thankless work of comment moderators who help to manage online communities.

Ultimately, Google+’s new policy will empower people by letting them participate on the network with greater control over the identity they use. This will help trolls and new participants alike. It falls to Google and its team of moderators to make sure that the network remains a safe place for users.

Google’s policy change shows that the company has become responsive to user concerns. We should consider that for many websites, creating an environment where users are free to participate, and free from harm is a difficult affair.

As for The Conversation, it still favours people registering with their real name as part of its aim for transparency in any debate.