App technology can fix the e-healthsystem if done right 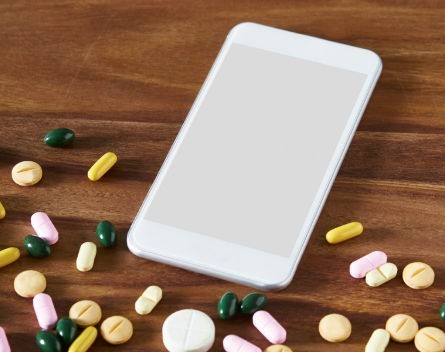 These will run at the start of 2016 in rural north Queensland and the Blue Mountains in New South Wales.

The key difference from the current system is that enrolment has been switched to opt out rather than opt in. This means any of the one million patients included in the trials who don’t want their data shared will have to actively ask not to be part of the system.

Ley also suggested that patients should be able to make their health records available to third parties and app developers to facilitate the management of their own health.

She said, for instance, that were the data incorporated into an app, a doctor could use the technology to remotely monitor their patient’s blood pressure or insulin levels.

Politicians likely assume the simple combination of apps and data will lead to the same type of transformation in health that taxi and accommodation companies like Uber and Airbnb have achieved in their respective industries.

While a younger generation may indeed want to interact with health care in the same way that they stream a TV show or hail a taxi, it is optimistic to assume this transformation will be brought about simply by making My Health data available to app developers.

Being able to use data meaningfully requires it be collected, managed and made available in very specific ways. Advocates of making government-owned data publicly available have outlined eight principles that should be met to ensure this can happen.

These highlight some of the challenges that need to be overcome before anything practical will come out of using information from the electronic record.

One of the most important of these principles is the need for data to be “complete”. This has been a major problem from the beginning with the entire concept of My Health Record.

Because the contribution of data to the electronic record is up to individual clinicians and limited by the systems they use, there are no guarantees there won’t be gaping holes in the information. Using the data to make clinical decisions would then be almost impossible without the missing pieces.

Another challenge is that for data to be understood by apps, it needs to be “machine processable”. In other words, it needs to be understandable by computer software, which traditional medical data simply isn’t. A letter between a GP and a specialist, for instance, might declare a diagnosis buried in everyday language.

It is a significant challenge for a software program to uncover this type of data. Unfortunately, a great deal of health information about patients is still in the format of letters and documents that limits their usefulness to apps.

Positives of the new plan

Although there are significant challenges to making data within My Health Record useful in the management of a person’s health, the move to make it more open is positive.

The very act of making health data visible to the patient will force providers to produce it in a more structured way. It could also put pressure on those who may not be publishing data into My Health Record to find a means of doing so.

But if people are going to be allowed to decide who has access to their data, this should automatically be extended to making it available to researchers. The government has long made it difficult for researchers to access population data from the Pharmaceutical Benefits Scheme and Medicare systems.

Patient data should be underpinning the management of their health on a continuous basis. The information should follow the patient in any journey that involves interactions with health providers or the health system in general.

Instead, it is locked up by health professionals, health organisations and the government. Very little of this information is available to the patient and certainly not in a form that allows them to make use of it in any meaningful way.

In fact, doctors have in the past taken a view that patients should not have access to their own laboratory tests or radiology reports because they would be liable to misinterpret them.

The principles behind sharing patient data should be encouraged. But the government’s attempts to implement this as the personally controlled electronic health record have so far been poor.

The technology, as it currently stands, would prevent the effective use of the data it might contain. Allowing for the data to be extracted practically and effectively would be a positive first step and one we can only hope the government will take.