Apple delivers smart watch, but you might want to think twice about getting one 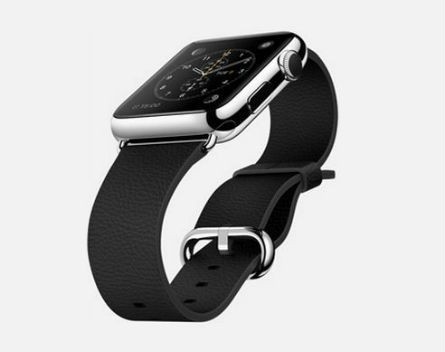 Apple’s September 2014 keynote was highly anticipated and #applelive supplanted #indyref, #Ukraine and #ISIS from the Twitter trending leaderboard. A huge part of the hype surrounding it was Tim Cook’s announcement that Apple would be launching an entirely new gizmo – Apple Watch.

The launch of Apple Watch comes hot on the heels of competitors launching their second generation products last week. Sony has launched SmartWatch 3 and Samsung launched its Gear S. These devices promise to be the next step beyond smart phones, fusing mobile technology and life-logging capacity with a humble watch. Some commentators think this is a moment of disruptive innovation for not just the mobile computing industry, but also for other product categories ranging from watches to healthcare.

Despite the showy launch event, one big unanswered question remains: do consumers actually want smart watches? There have been smart watches on the market already for a year, and the results have been somewhat lacklustre.

Market research firms have found that one third of smart watches users abandoned their new gadgets after six months. It is not even clear if the unique selling points of smart watches are important to users.

A central plank of Apple strategy for its smart watch is exploiting the fitness and health apps on the device which allow you to track the number of steps you take a day, your heartbeat, your sleep or even your moods. Research suggests, however, that many smart watch users are uninterested in these health-related apps.

So if people don’t use use their smart watches for tracking their health, what do they use them for? To answer this question, Alberto Rizzoli and I studied how early adopters of smart watches actually used their devices. We spent more than 300 hours observing and interacting with smart watch users on online forums. We also interviewed 24 users of smart watches throughout the world.

We were surprised to find that most consumers didn’t use most of the functions on their smart watches. They didn’t use them to surf the web, answer emails, operate most apps or even log vital statistics with health or fitness tracking apps. What they did use their smart watches for was to monitor the flow of personal information like emails, SMS messages and twitter updates. Users could glance at their watch to see who emails were coming from without necessarily opening the message. This helped to quell the anxiety which comes from hearing your phone buzz with a new message and not knowing what the message is.

We also found that smart watches were particularly useful to keep track of messages without interrupting the flow of social interaction. They helped users to avoid the embarrassment of having a buzzing smart phone interrupting a meeting or a date. One judge described how he would use his smart watch to keep an eye on incoming emails when taking evidence in court. We found that if users wanted to do anything beyond checking basic information, they turned to a larger device such as tablet or laptop.

Another big advantage identified by smart watches users was that it saved them from frantically digging through a bag to find a ringing phone. Having a smart watch meant the device was always close at hand. This was particularly appreciated by women users who complained about the constant frustration of finding their phone in their handbag. This meant users felt less controlled by their device – a common experience of smart phone users.

One big ethical issue users did not consider is how these devices will be used to track and collect intimate data about their everyday lives. Most smart watches have life-logging technologies which collect data about bodily rhythms. These could be used as a potential surveillance device.

It could also see technology companies selling our most private health information to a whole range of parties such as insurance agencies. After all, prisoners are forced to wear tracking devices, while Apple aims to get consumers to pay hundreds of dollars for the pleasure.

The constant stream of data about our most intimate information could also lead users to become increasingly narcissistic. In a forthcoming book, Carl Cederstrom and I look at how wearable technology has triggered mounting self obsession in consumers. Users become more interested in monitoring their own health and happiness than engaging with the world around them. This fuels a wider obsession with our own personal health and happiness that we call “the wellness syndrome”. Far from making people feel better, it often makes them feel increasingly anxious.

So, if you do decide to experiment with entering the world of smart watches, it’s worth bearing in mind that it might help to manage information overload, but it could become a luxury surveillance device.

Andre Spicer does not work for, consult to, own shares in or receive funding from any company or organisation that would benefit from this article, and has no relevant affiliations.