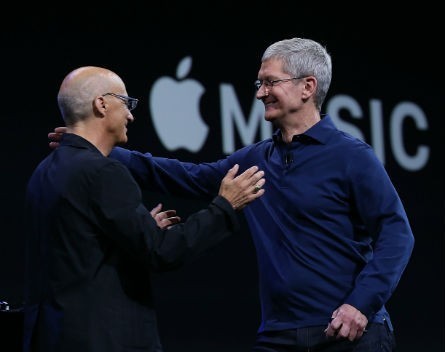 According to a Financial Times report citing people familiar with the matter, Apple Music has hit the milestone after only six months.

Swedish company Spotify is reported to have taken as much as six years to achieve the same feat.

“It’s good news that Apple is making streaming work but it is also going to accelerate the decline of downloads,” MIDiA Research founder Mark Mulligan tells the Financial Times.

Launching in more than 100 countries, the rapid growth of Apple Music is predicted to make it the leading music subscription service by the end of next year.

Spotfiy’s paid user-base is estimated at 25 million, more than double the size of Apple Music at present.

And with a valuation exceeding $US 8 billion Spotify looks set for an initial public offering.

Apple Music’s milestone comes as a major development in the music-streaming sector, which has seen exponential growth in its consumer market.

By the end of 2014, an estimated 41 million people paid for audio music streaming services around the world, according to a report by IFPI.

Both Apple and Spotify have a significant lead in the music-streaming sector placing far ahead of competitors including artist Jay Z’s Tidal and French streaming app Deezer.