Apple proud of some touching gestures in new iPhones 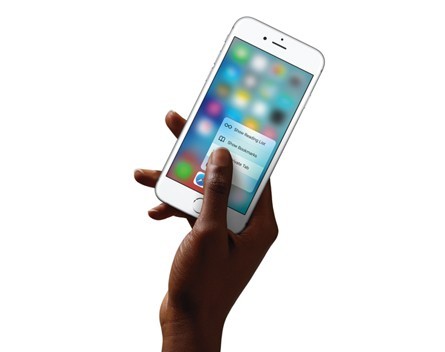 Apple has introduced its new generation of iPhones overnight, which includes a new way to access features and interact with content that the company calls 3D Touch

Both the iPhone 6s and iPhone 6s Plus have 3D Touch, which senses force and opens up a host of new user gestures to interact with the phone.

“Peek and Pop” allows users to dip in and out of content without losing their place.

The two devices also feature Retina HD displays made from the strongest glass used for a smartphone.

The iPhone 6s and iPhone 6s Plus will be available for pre-order in Australia this Saturday September 12, with an expected release date of September 25.

As always, Apple is spruiking this latest iPhone edition as its best yet. The company’s senior vice president of Worldwide Marketing Philip Schiller says the new generations are the most advanced iPhones ever.

“The only thing that has changed with iPhone 6s and iPhone 6s Plus is everything – 3D Touch lets users interact with iPhone in entirely new and fun ways, and the innovative Live Photos brings your pictures to life,” he says.

“These are the most advanced iPhones ever, with 7000 series aluminum, ion-strengthened glass, the new 64-bit A9 chip, 12-megapixel iSight and 5-megapixel FaceTime HD cameras, faster Touch ID, LTE and Wi-Fi. Customers are going to love them.”