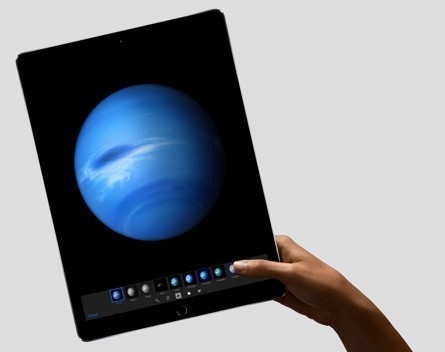 With all Apple events however, especially those that are seen as unveiling largely incremental changes, the interest focuses on the details, and in this set of announcements, there were a great deal of those.

So what did Apple announce? The table below outlines their In a nutshell:

Investors, it seems, were relatively unimpressed with the release although given the leaks, it is not clear what they may have been expecting. Apple’s share price traditionally drops by an average of 0.4%. It dropped nearly 2% after this announcement.

The iPad Pro on the other hand, is targeted at the professional market and was possibly inspired by the glimmers of success that Microsoft has had with its Surface Pro 3. It made $713 million in 2014 from sales of the device. In fact, Microsoft appeared during the Apple keynote speech to talk about its software running on the tablet. The technology incorporated into the iPad Pro and in the Pencil are fairly impressive. Whether it finds a significant market however is yet to be seen.

The wild-card in the pack is going to be the Apple TV. Providing access to the app store opens the device up to a range of new (and possibly unforeseen) uses. The obvious new use for the device will be as a games console. Although this is clearly not going to compete against an Xbox One or Sony PlayStation 4, it does make the device more attractive when compared against other standard media players. With access to the app store, there will be a large number of apps appearing specifically built for the device. Since the release of the Apple Watch, 10,000 apps are now availble for that device despite its relatively low overall sales.

The incorporation of Siri into the Apple TV with specific types of commands that are tailored to its use may change the way consumers interact with the device. Voice activated personal assistants are getting better but it will take time for this mode of interaction with devices to become natural and ingrained.

3D Touch may well be something that does alter the way people interact with their phones on a regular basis. Slight pressure on messages and emails offers previews which expand into the full message by pressing harder. 3D Touch adds a similar capability to hovering and the right click action on the mouse or trackpad.

Nothing that Apple announced this week was revolutionary but they have continued to improve their products just enough to persuade consumers to continue to buy them.