Apple Watch: Why are so many, prepared to pay so much, without even knowing why? 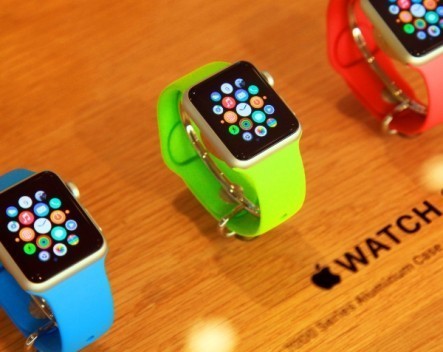 Within hours of the pre-order launch, the initial batch of Apple Watches were showing shipping times of two months. Not only had the cheapest Apple Watch Sport at AUD $499 sold out, but so had the Apple Watch Edition with a rose gold case and retailing at AUD $17,000.

And all of this for a watch that reviewers have given decidedly mixed reviews. The fact that people are willing to spend that much money on a device that they have no forehand knowledge of is a testament to the power that Apple devices have over their customers. The Apple Watch does nothing that other, far cheaper devices have done for many years. The Pebble watch, available for the past 2 years, covers most of the same functionality as the Apple Watch and retails for just AUD $89.

The truth of the matter is that the majority of people don’t actually know the difference. It has been a long standing joke about the number of people asking if the Pebble watch people are wearing is, in fact, an Apple Watch. For those that have worn a Pebble, or Android Wear or other smart watch, the reality of the usefulness, or otherwise, of these devices will have been long apparent.

It is a useful thing to get notifications of text messages on your watch, but the novelty of having your wrist buzz every time one of the 200 hundred a day emails arrives, rapidly wears off. Rejecting calls from your watch is also a useful feature, but answering the call and speaking into your watch is as socially acceptable as wearing Google Glass. Switching on the fitness functions on most smart watches like the Samsung Galaxy Gear 2 does a much poorer job of hear rate measurement than a dedicated fitness devices like the Fitbit.

The Apple Watch, although aesthetically more attractive perhaps than other devices, is in essence the functional equivalent of an AUD $350 Fitbit Surge. Whether the Apple Watch works as well as the Fitbit in terms of fitness tracking is yet to be seen.

Whilst it is easy to think of people stopping wearing an $89, or even an $300 device, as nearly 40% of wearable owners in the UK have done. It is much more painful to think of someone spending $1,000 doing the same.

Once again, we are seeing the enormous power of the psychological and social drivers behind being an Apple fan. Buying one of these watches is not an impulse purchase and it is not necessarily something that those buying these devices can actually afford.

In the US in 2013, households were spending 17% of their budget on technology. In Australia, an average family with 2 children spends about $6,000 a year on technology that ranges from telecommunications (mobiles, Internet connection, landlines) to streaming services for music and video. Within this context, it is even harder to justify spending the amount of money Apple is asking people to spend, on a watch that for the most part will simply be used to tell the time.

What may determine the success of the Apple Watch is its social acceptance by people who are not Apple Watch owners. Google Glass suffered from a view that a socially unaccepted technology was at the same time made exclusive, and therefore exclusionary, through its price. Although smart watches are less of a social imposition than a pair of glasses with a camera, looking at a watch in the company of others may be considered rude or signifying that the wearer is looking to be somewhere else. These social cues will need to be adapted for the case when people are looking at their wrist to see who is calling or texting and whether it is worth breaking a conversation to respond. Although society may adapt to this behaviour, it will take some time.

Whether the sales of the Apple Watch extends beyond the initial wave of early adopters is yet to be seen. It is hard to see how this will be sustained and the more conservative users will wait until at least next year, along with the possibility of price drops in the technology. Until then, the success of the watch will be easy to gauge by the number of people who are compulsively and continually staring at their wrists.