Artificial intelligence system could size up stock for saleyards 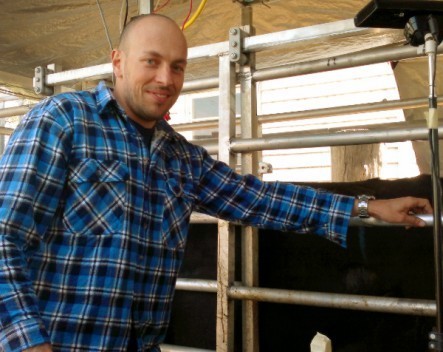 A robotics expert from the University of Technology, Sydney is developing an artificial intelligence system so farmers can accurately measure when their livestock are ready for sale.

Dr Alen Alempijevic is working on sensors that can capture 3D images of an animal’s fat and muscle reserves, which can then be measured against the specifications of large buyers like Woolworths and Coles.

The technology is being developed in partnership with Meat and Livestock Australia and is expected to hit the market in two years’ time.

Alempijevic told StartupSmart relying on outdated or inaccurate technology is a major issue for farmers just as it is with any industry.

“They say they have data but they don’t know how to utilise that data,” he says.

“Or they might not have a way to obtain that data at all. We looked at obtaining data that could then be used as a measure and then interpret that data in new ways.”

However, Alempijevic points out that despite common perceptions around which industries are driving innovation, cattle farmers are increasingly turning to digital technologies to give their businesses a boost.

“Agriculture in general is starting to embrace more and more elements of robotics, such as perception and machine learning to be able to predict something from the data you have,” he says.

“In livestock, they are looking at other ways to be able to estimate traits that are more objective and that’s how the project evolved.”

Alempijevic says there is also scope for agricultural businesses in general to embrace innovation beyond just cattle farmers – for example, aerial surveillance of crops.

“It’s definitely reaching a point where if you want to stay competitive and have an edge as a farmer you should exploit these technologies,” he says.

“You want to make more with presumably less or accommodate for a shortage of skilled labour using robotics. Just like any other industry, when you start being globally competitive you start looking at increasing your margins by embracing innovation.”