How Martin Hosking built Redbubble into a $59 million design marketplace 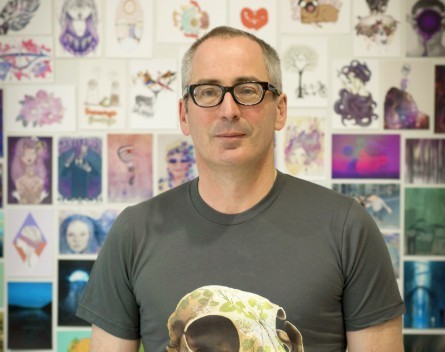 Martin Hosking first saw the internet 19 years ago. A year later the now 54-year-old Melburnian became involved in his first online venture, search provider and one of the darlings of the dot com era, LookSmart.

After serving as chairman of soon-to-be-listed software construction company Aconex, Hosking teamed up with two friends in 2006 to launch Redbubble, an online design marketplace dedicated to connecting shoppers with thousands of artists who produce one-off designs for everything from t-shirts to tote bags and doona covers. Last year Redbubble grew by 77% and turned over $59 million. More than five million people visit the website each month.

I’ve been working with the internet since 1996, really since the start. When I got involved in 1996, Netscape hadn’t even launched.

I first saw the internet in 1995. I realised it could change the world and I wanted to be part of that. I was looking for different ways to become a part of the internet when I got involved in LookSmart.

When we started Redbubble in 2006 I was chairman of Aconex, which has been in the news lately as it is getting ready to IPO in the next few weeks.

We originally thought about Redbubble as a service to provide personalisation for people who wanted a product with an image or words they had created. But we soon realised that was quite a bad idea.

With my friends Paul Vanzella and Peter Styles, what we realised was that we could serve the needs of the artists instead. So the technology was the same but the artists became our primary customers.

I provided a lot of the early funding for Redbubble but we all had a share in the business. Paul has his own design company now but he still does some work for us. Peter has left the company.

We were among the first to think about how the internet can serve creative artists on a global basis.

It is extremely difficult to make something on a bespoke basis for individual customers but it is possible using new technology, especially print on demand.

Each product on Redbubble is for a single customer and the distribution model could not be any leaner or smarter. Our artists are designing everything from artworks about extremely obscure evolution to physics or mermaids.

People talk a lot in Silicon Valley about companies pivoting but you only need to pivot when something isn’t working. We haven’t pivoted around our values of serving artists; we’ve just gotten better at doing that.

We have a much wider range of products now – we’ve just launched mugs and duvet covers and the products are becoming more and more diverse. But our core idea of high quality content from artists hasn’t changed.

My background in the internet was incredibly useful when launching Redbubble. It helped me realise the skills I needed in the business and we had a high quality designer from the start. We built a very scalable solution from the start, we didn’t just hack it together.

I think often it is your naivety that is incredibly helpful when starting a business. If you come from a retail background, you would always be thinking ‘how can I sell this product to as many people as possible?’ But I didn’t have that. I had a naïve mindset of providing customers with what they want.

My university studies also helped. A general arts degree, while not necessarily popular these days, does give you a long-term view of historical problems and a perspective about what’s going on. I can talk to people about where Redbubble sits in the history of the arts movement or how it relates to what Picasso did because I have that broad background.

All businesses experience different phases of growth and I don’t think any startup has not had a period when they are looking out into the abyss.

During the global financial crisis we had one of those periods. It was one of the most difficult periods because it became clear that money from investors just wasn’t there. We had to create a traditional company where revenue is higher than expenses and that forced discipline on us as a company.

We had a period of very strong growth coming out of the GFC as e-commerce started to take off. We had also re-written our programs.

Now we are focused on achieving growth through user loyalty and repeat customers. Our engagement with users is now about more than just the transaction; we want people to have a great experience.

We first tried to expand into the US in 2008 but that was a bad idea as the whole world was collapsing. We made another run at it in 2010 and we now have offices in San Francisco.

We are actively looking at expanding to Europe, with the UK as a starting point. Some of our production partners are in Europe and it is a big and important market for us.

Continually diversifying our product range is also important for growth, as is continuing to improve the customer experience on Redbubble so it is genuinely engaging and people have a reason to come back.

We want to encourage genuine word-of-mouth marketing. As an online marketing place you have to embrace diversity. A lot of people are coming to the website and those people in and of themselves should be what drives the growth. When an artist joins Redbubble, they bring people with them and when a buyer engages with the site, they will bring people too.

We encourage our artists and buyers to share their experience with Redbubble and this means there are thousands of people talking about what we do on Twitter and Facebook. We do paid media on Google and Facebook, as well as events such as the upcoming Art+Mel, but these are supplementary.

A business plan is useful in terms of setting the direction in which you’re going but the internet has learnt that a plan doesn’t last a lot longer after it is written.

Instead, I’m keen on setting an operating rhythm in my business. At Redbubble we work to a six week cycle. It gives us the capacity to revisit plans on a very iterative basis and you learn things as you go along. It also prevents you from doing things that are expensive or difficult and allows you to devote resources to new opportunities.

My business does not keep me awake at night. You need to have enough perspective on your business so it doesn’t ruin your life. Many business owners lose that perspective but that’s not good for them or for the company. Eating well, meditating and keeping perspective make me a better person as well as a better businessman.

The culture at Redbubble is based on some core principles inspired by the work of Daniel Pink, which we use with a great deal of flexibility. We employ over 100 people.

Autonomy is important; people have to have some control over their work life. Mastery is important; team members need to feel that they are getting better at something, that they have learnt something. Purpose is important; they feel like they are contributing to a higher goal. And finally accountability, they report back and are not a lone operator.

Ultimately you want to get to a stage where if someone is spending eight hours a day working at Redbubble, those hours should be well spent. There is nothing more depressing to me than the idea that people might work here and don’t think it is worthwhile.

I continue to invest in other companies, including Aconex and other private investments, but I don’t see Redbubble as simply a deal or a transaction. I am engaged with this business for the long term.

But you have to be open to new opportunities. There will always come a time when someone else may be able to lead Redbubble better than me and I’m not interested in setting up a Rupert Murdoch-generational type of thing.