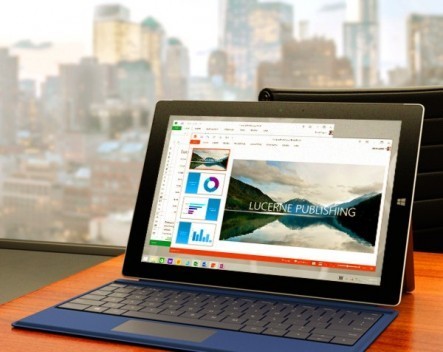 Mobile annotation software startup and Startmate graduate Drawboard will see a huge jump in users after Microsoft announced its software will be pre-installed on every Surface 3.

Alistair Michener, founder and chief executive officer of the Melbourne-based startup, says Microsoft’s announcement gives the Drawboard team a lot of confidence that they’re on the right track.

The startup’s software Drawboard PDF has regularly featured in the top 10 apps of the Windows Store’s paid category across the world over the past six to 12 months.

Michener, says Microsoft has given him no indication of how many Surface 3 units it believe it will sell, but he expects that number to be greater than 10 million. He won’t disclose how many downloads Drawboard PDF has had to date, but says once Surface 3 launches, the number of people using its product will be far greater than its current figure.

“It will be great to get that amount of eyeballs on our application. So obviously that dwarfs the number of users we currently have,” he says.

“We’ll have to think about changes in support methods and also how we react to feature requests. Obviously we’ve got our own vision for Drawboard in the engineering and construction markets but there will be those out there in the masses that require something else.”

Michener says while the Windows App ecosystem is nowhere near as big as Android or iOS, he hopes it can close that gap over the next two to four years.

“I’m a strong believer in Windows 8, Windows 10 and the Surface line. That combo will do a lot of great things in the enterprise and education space. That’s what really driven us forward,” he says.

We’ve largely been bootstrapping for the last 12 months, but received a Commercialisation Australia grant in 2013 that let us get started. Fortunately, we stuck to our vision from the beginning and along the way we expanded our market for our first product and have been able to generate enough revenue to grow our team and started earning some profit.

“We seem to have hit the sweet spot for a device like the Surface. So Microsoft is a really key partner. The announcement, which we’ve known about for a little bit of time, is really validation for what we’re doing, and has given us a lot of confidence we’re doing the right thing.”