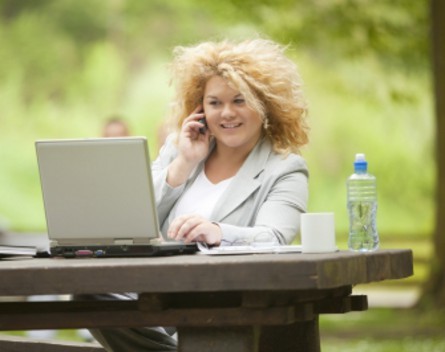 Start-ups appear to be leading the way in teleworking, with new research revealing 68% of people working on new enterprises base themselves out of the office at least part of the time, boosting their revenue in the process.

The MYOB research, commissioned by market research firm Colmar Brunton, is based on a survey of 1,005 businesses, including the business owners and managers of 100 start-ups.

A quarter of the businesses surveyed said their employees work “mainly away from the office”. This compares to 28% of the start-ups surveyed.

One in three (32%) businesses said they work “partly from home and from the office”. For start-ups, this figure jumped to 40%.

Meanwhile, 43% of all businesses said they only work from the office, compared to 31% of start-ups.

MYOB chief executive Tim Reed told StartupSmart it will be interesting to see whether start-ups continue to lead the teleworking trend in the future.

“Will these start-ups change their approach as they mature or is this a new generation of businesses and a new way of working?” Reed says.

Reed says he can understand why a large number of start-ups are working partly from home and partly from the office.

“Engaged employees measured on their output, not their input, do take opportunities to work out of the office but also need to come to a home base to be able to share some of their experiences with team members, collaborate on team projects, etc,” he says.

“It’s a pragmatic approach of saying, we really want to provide our team members with options that work best for them.”

“I think there are two components set into this concept,” Reed says.

“There are also industries that teleworking tends to be good for… Things like professional and property services are far more likely to use teleworking.”

Reed says there are several points employers must keep in mind with regard to teleworking.

“I think the first is that employers really need to be very comfortable with the concept of measuring output, not input,” he says.

“I think that mentality needs to be applied to any role where one is considering teleworking. Even if you don’t want teleworking, that’s how every business should be managed.”

“Skype, FaceTime, Dropbox, Office 365 – those types of tools are fantastic and so a lot of the infrastructure which, say, five years ago was very expensive to put in place, today a lot of it’s free,” he says.

However, Reed says employers should be wary of introducing multiple changes at once.

“I would advise an incremental approach to this. Any change you bring about to your business does have unintended consequences,” he says.

“I’d definitely say think about it from a crawl, walk, run [perspective].”