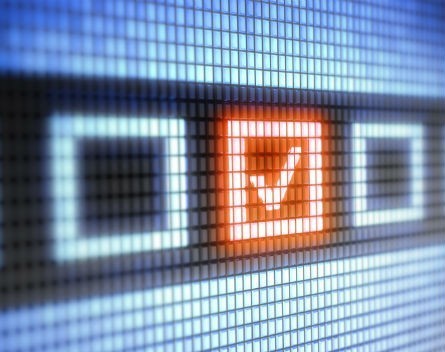 A Melbourne-based startup is looking to make it easy to create fun, visual polls to drive user engagement for businesses and publishers.

Chant, a mobile-first app, launched a public beta version this month so users can put together opinion polls using images, Tweets and YouTube videos quickly and – most importantly – for free.

“It’s not limited to the big publishers or your individual bloggers, it’s targeted to the whole market out there,” he says.

“It’s about simple polls in a matter of minutes that look great and can be used across platforms.”

Garrett says Chant is looking to rival – and eventually replace – the polling service Polar, which was recently acquired by Google. After being acquired by the tech giant, it was announced Polar would leave the market in mid-2015 and its team assigned to Google+.

“Polar had some great successes and we think there is a gap in the market now,” Garrett says.

“There are more complex systems out there, but there’s not anything else out there to rival Pollar and we definitely think we have some product features that will not only match it but add to the experience.”

As for Chant’s target market, Garrett says the startup will “definitely” have its sights set on tech companies and small businesses.

“It’s really easy to create a graphic and visual poll to allow your users to give you responses around what products or features they might prefer,” he says.

“Or, in sport, it would be which catch was better or who was best on field. And in a politics or news environment, I can think of a number of examples.”

Garrett says the company has a lot of exciting ideas up its sleeve “for the longer roadmap”, but will initially focus on what works and what doesn’t.

“We’ll just see what the new year brings. The next two months are about creating that buzz and seeing what the response is in the market and we’ll tailor our response from there.”