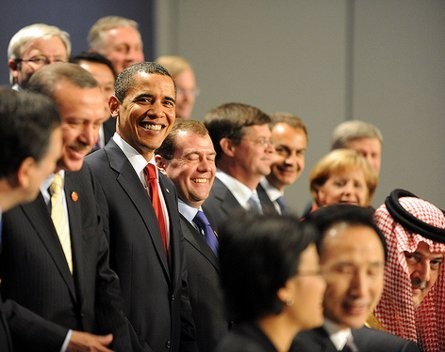 Australia has scraped into the top five G20 nations for entrepreneurs, according to new research released by Ernst & Young this week.

The research ranked countries according to five factors and created a cumulative score for the final rankings.

Australia ranked second for education and training; fifth for access to funding and entrepreneurship culture; eighth for tax and regulation and 15th for coordinated support.

Ernst and Young’s Entrepreneur of the Year program manager, Bryan Zekulich, told StartupSmart the high ranking was testament to the thriving entrepreneurial ecosystem, and that it could be boosted by coordinated support.

“It’s the combination of government, corporate and entrepreneurs that are the key to unlocking future activities, events and value,” Zekulich says.

“No one solution will be the one that carries us forward. We need good entrepreneurial activity, good government action, proper investment options and corporations driving new programs.”

“Both sides of government are now talking about bipartisan support for new ventures and skills, and that will help,” Zekulich says.

“We’ve been lucky with a positive economy, so that has provided pretty good support for people to raise money. The environment has been positive to drive innovation,” says Zekulich, adding that Australia has always been an innovative country.

The report found that similar to many mature economies, coordinated support was one of the weaker areas in Australia’s start-up ecosystem. Australia’s range of mentoring programs, government initiatives such as AusIndustry and Commercialisation Australia saw Australia ranked ahead of the United States and Canada.

“Australia has a very positive culture of innovation. The isolation we have means we’re very resilient. We create value, enterprises and ideas that are unique to us, but are really actually globally relevant from the beginning too,” Zekulich says.

Half of the Australian entrepreneurs surveyed reported an improvement in entrepreneurial courses at universities and business schools.

“All the education systems are trying to implement entrepreneurial programs, to encourage more people to have the courage to try,” Zekulich says. “The ability to create options for yourself is much greater, some fail and some succeed but the rise of options and the ability to trial multiple ideas online at once means more activity.”

Zekulich adds he’s confident the Australian ecosystem will continue to grow and thrive.

“Even if it’s about rethinking how existing businesses work, such as retail, all the online options and little quirky things will create a different tapestry of opportunities,” Zekulich says.