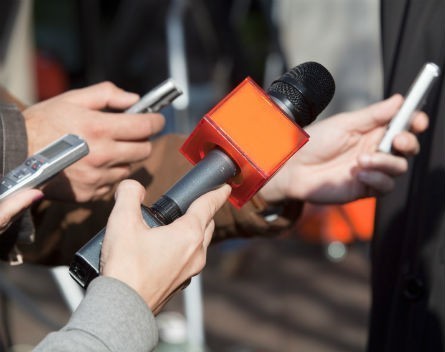 Australian entertainment and media companies risk falling behind the rest of the world unless they organise startup accelerator programs focused on their industry, the author of an award-winning thesis examining US media giant Time Warner’s accelerator programs has warned.

The thesis, by researcher Chantal Abouchar, is titled Inventing the Future, and uses the accelerator programs run by Time Warner subsidiaries Warner Bros and Turner Broadcasting as case studies of industry best-practice.

Drawing on more than 20 interviews with key figures including Time Warner executive Ethan Applen, the research won the Wake in Fright Trust’s inaugural prize for the most outstanding AFTRS (Australian Film, Television and Radio School) Masters Of Screen Arts And Business thesis.

Abouchar told StartupSmart her key finding was that Time Warner is using its accelerator program as much to engage with startups as to future-proof its own business, and in the process quietly revolutionise its own business.

“The three major media accelerator programs are run by the BBC, Time Warner and Disney – BBC and Time Warner are in their fourth year, Disney began theirs as I was conducting my research,” Abouchar says.

“What my research shows is that Time Warner bets on creative technologies. They’re looking to harness their content any way they can, and startups are a new way for them to exploit their intellectual property.”

Time Warner has now invested in more than 27 startups, including an Australian company called Incoming Media, whose technology allows users to turn their mobile phones into a personal remote control.

The research highlights the fact that since 2010, the Australian startup ecosystem has boomed through the creation of generalist (e.g. Startmate), university (e.g. Sydney Uni INCUBATE), vertical (e.g. Griffin Labs), and corporate (e.g. Telstra’s Muru-D) accelerators. Abouchar argues these models should be applied to create a media and entertainment accelerator in Australia.

Fairfax Media’s missed opportunities in the online classifieds market and the Ten Network’s poor performance in recent years are examples of why Australian media companies need to seek out digital media startups through accelerator programs.

“Accelerators in media have only been around for about four years. I’m very excited about the possibility of Australia waking up. And all the research tells us tech jobs have a multiplier effect. Every business will be a tech-based business in the near future,” Abouchar says.

Australia’s proximity to Asia is a key potential advantage to an Australian accelerator.

“And a simple mechanism for doing that is through an accelerator program. But because our ecosystem is immature compared to the US and the UK, we also need to draw in startups from the Asia-Pacific region,” Abouchar says.

“There’s no significant media accelerator program in the Asia-Pacific region, and there’s a big opportunity for us as a region.

“The UK has become the gateway for people in English-speaking countries that want to access the European market, and I see Sydney could be the same for the Asia-Pacific region.”

The thesis is available online at:  http://au.linkedin.com/in/chantalabouchar